Have Swimsuit And Goggles, Will Travel 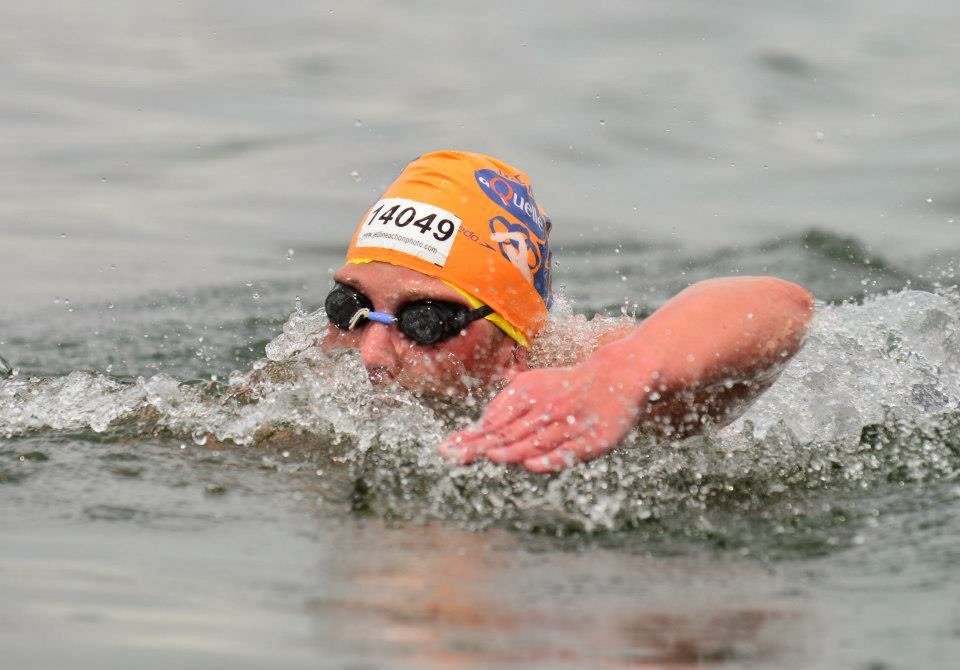 It is a jet-setting life Ashley Twichell leads. From airport to airport, city to city, ocean to lake, pool to pool, the professional open water swimmer adds up the air mileage a la masters swimmers Barbara Held, Ned Denison and Roger Finch. The trio literally travel around the world in search of open water swims.

In a very, very short span bouncing from continent to continent.

During that span, she competes in the 10 km Swim The Swan event at the BHP Aquatic Super Series in Perth and the aQuellé Midmar Mile and 10 km marathon swim in Pietermaritzburg, South Africa while training with dozens of world-class swimmers in a variety of pools.

Around and around she goes.

Photo shows Ashley Twichell with her race number (#14,049) at the aQuellé Midmar Mile where she is the defending champion.