Having A Strong Will To Succeed 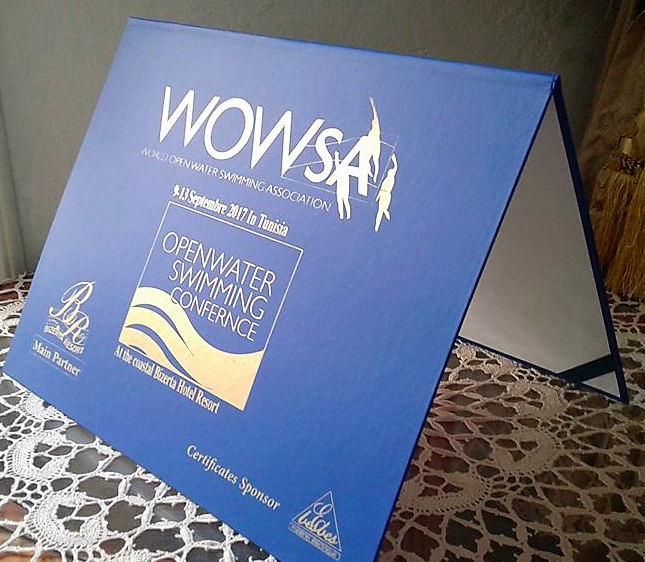 It is always enlightening to hear first-hand from a swimmer about their open water swimming highlights. In addition to his boat pulling exhibitions, 1400 km Stage Swim Across Tunisia, and Ouma campaign, he did two swims that are lesser known among his peers.

His 1993 English Channel swim began at 10 am and lasted 16 hours 35 minutes under the guidance of Michael Oram on the Aegean Blue. As a Lieutenant Colonel in the Tunisian Army, he had a very specific window and limited opportunity to swim.

“After waiting as long as possible and nearing the end of my window, I received orders from my Army superiors that I must swim within 24 hours. I told Michael and he said it was impossible. We couldn’t go. But I told him that I work in the army and I must follow orders.

There were other swimmers waiting from Brazil and other countries and they ended up waiting and going home without an attempt. But I had a strong conviction and believed I could succeed
.”

After 16 hours and swimming at night with only the lights on the French coast visible, he was told that he had 700 meters to go. “I kept the lights in front of me and did not let the currents push me away. Eventually I landed in 16 hours 35 minutes on the highest tide under Force 4 conditions.”

For his efforts, he was awarded the Montserrat Tresserras Cup by the Channel Swimming Association in 1993 for becoming the first Tunisian and first North African to complete a crossing of the English Channel.

In 2013, he swam 4 km in the south-to-north direction along the International Date Line near Little Diomede Island in the Bering Strait in 39 minutes with a north-running current that assisted in the swim in 2ºC (36ºF).

Again, he was pressured to swim because conditions did not allow him to swim within his 20-day window. “I was with the beautiful Eskimo people. I had brought their children gifts from children of the Sahara, linking these two groups of children. But there were walruses and orca in the channel and they did not let me swim. It was too dangerous.

So I trained every day and soon became friends with the hosts.

Eventually, I had a meeting with the chief of the Eskimos. When he made a decision on my last day that I could swim, the boat was ready in a few minutes. Even though I was from Tunisia, I had prepared well in the cold water of dams in my home country and had trained every day in the Diomede Islands. Like in the English Channel, I had a very strong will to succeed and believed in myself and my preparations.

“At the 2017 Global Open Water Swimming Conference this week, presenters like Nejib, Shelley Taylor-Smith, Ger Kennedy, Rory Fitzgerald, Tatiana Ostanina and Kate Steels-Fryatt will talk about the very strong convictions that all open water swimmers have. These presenters have this innate sense and mindset that are always interesting to hear more about,” said Steven Munatones.