He Had A Great Run. Trent Grimsey Retires 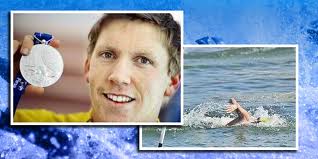 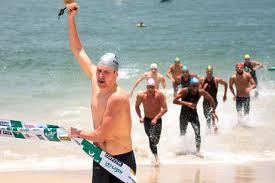 Over the last few years, the open water swimming world has seen a rash of retirements from some of the finest athletes to ever ply their skills in oceans, seas, and lakes.

These athletes not only swam well and swam courageously in conditions of all sorts, but were also personable ambassadors of the sport.

They spoke well in public, they encouraged others in private. They were fierce competitors, but inspired others and shared their passion for the sport in myriad ways.

Today another champion announced his retirement from professional marathon swimming.

“Over the past eight years I have been fortunate enough to travel the world competing in the sport I love. I have met some amazing people and made friends that I’ll have for life. I have absolutely no regrets,” announced Australia world champion and English Channel record holder Trent Grimsey.

“I’d like to thank everyone who helped me throughout my career. No matter how big or small your role, you were part of my team and I wouldn’t have achieved as much without you. Above all I’d like to thank my parents for sacrificing so much so I could chase my dream.”

And how he chased his dream. He chased it quietly and humbly. When Grimsey won races, he sincerely congratulated his rivals. When he completed a marathon swim, he gratefully thanked his escort crew. When he trained, he shared sympathies and encouraged those around him. But he felt it was time to move on.

“I will now be focusing my attention to my new venture Grimsey’s Adult Swimfit. It’s a way my brother Codie and I can pass on and share all our years of experience and knowledge in open water with other swimmers. I’m really excited about starting this new chapter in my life.”

The Daily News of Open Water Swimming had the opportunity to cover Grimsey during races he won, but also observed him in many races where he lost. He was always introspective on what went right and what went wrong during his losses. He was thoughtful when he could have just as easily been upset. He always set out to seek improvement and towards the end of his illustrious career, he achieved what he set out to do.

“A few of the proudest moments in my career include winning the 2008 RCP Tiburon Mile, placing second in the 25 km at the 2009 World Championships, being crowned the 2012 FINA Open Water Swimming Grand Prix champion, and of course, breaking the world record for the fastest English Channel crossing last year.”

But his career unexpectedly swirled with controversy towards the end fueled with an increasingly interconnected open water swimming world. A few in the channel swimming community criticized him for swimming close to his escort boat. Drafting off the bow wave was inconsistent with the spirit of channel swimming was a common call. And even more called for changes in Channel rules when a video surfaced that he discarded his feeding cups in the English Channel during his record swim. Grimsey’s actions were heavily chastised for a lack of environmental awareness. In the online social media, drafting off of an escort boat and tossing cups in the Channel were judged to be either embarrassing or unforgivable. In essence, some in the online community gave him a red flag for his actions.

But the reflective man from a family of accomplished swimmers from Queensland is still only 25 years old and he has a lifetime ahead of him to continue sharing his passion and knowledge of the sport. His success was the direct result of hard work, careful planning, and an ability to overcome obstacles, injuries, and mistakes. He will use those traits to establish his mark in other ways and fields.

He certainly has. And it is just beginning.