A Healthy View Of The Swimming World 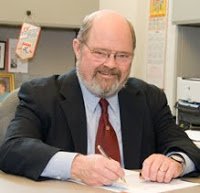 Dr. Steven Blair of the University of South Carolina published a fascinating study in the International Journal of Aquatic Research and Education.

He evaluated comprehensive physical exams and behavioral surveys from thousands of people who were enrolled in the Aerobics Center Longitudinal Study over the last 32 years – and concluded with some great news for swimmers.

“Swimmers had the lowest death rate,” explains Dr. Blair who took into account age, body mass index, smoking status, alcohol intake, hypertension, other medical factors and family history. “This is the first report that examined mortality rates among swimmers in comparison with other types of physical activity and sedentary lifestyle. We conclude that men who swim for exercise have better survival rates than their sedentary peers.”

The study includes extensive medical and physical activity data on more than 40,000 men, age 20-90 years. “These lower rates in swimmers compared with walkers and sedentary men might well be expected, but it is surprising that we also observed lower mortality in swimmers than in runners. Therefore, swimming appears to be a healthful alternative to other types of physical activity.”

The study population was limited to white, well-educated, middle- to upper-class men. Dr. Blair explains, “There is no compelling reason to assume that the benefits of swimming would be different for women or for men in other socioeconomic groups. In an earlier study in this same population, we found that both women and men had similar benefits from swimming in terms of fitness and other health indicators.”

Dr. Blair also found that swimmers had a higher cardiorespiratory fitness than walkers and sedentary people. “Swimming provides a healthful alternative to traditional modes of exercise for improving cardiorespiratory fitness and health for the general population, as well as for patients suffering from chronic diseases. Swimming may be a good alternative exercise for individuals who cannot participate in running or other forms of physical activity.”

All very healthful information for those in and of the open water swimming world.