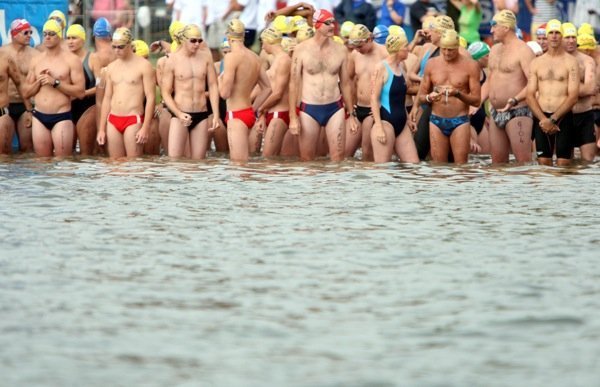 They are called different things, but heats and waves are specific group of individuals who start at the same time in an open water swimming competition.

Individuals in specific waves can be determined by gender, age, speed, ability or distance or course to be swum. Waves are usually started in different intervals that can generally range from 1-10 minutes. At very large races, racers may be finishing the entire race when the last wave begins their swim or even on different days.

Photo shows a heat of swimmers at the Midmar Mile in South Africa before the start. Some of these swimmer wear a golden cap which identifies them as members of the 8 Mile Charity Club.