Marathon Heavyweight Leaves A Massive Legacy In His Wake 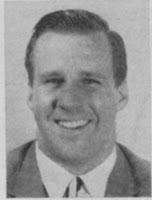 Accolades are pouring in from around the world for Jim Doty who passed away yesterday in the company of his family near Boston.

The marathon swimming icon from New England was inducted in the International Marathon Swimming Hall of Fame as an Honour Swimmer in 2002 and served on its Board of Directors for a number of years.

His sense of service and contributions to the sport were provided over decades. Doty was the president and treasurer of the New England Marathon Swimming Association that promoted open water swimming and hosted the annual Boston Light Swim and numerous other from one to five mile swims. He published booklets on swims involving tidal flows, jellyfish and pollution effects on seaweed and fish.

He studied the medical effects of cold water and the stress and strain on the body from long distance swimming and was always dipping into his own pocket to support the sport. He kept entry fees at a minimum (e.g., 50 cents) that helped cover the cost of awards and food.

International Swimming Hall of Fame Executive Director and Curator Bob Duenkel remembers him, “Jim was a good friend to the International Swimming Hall of Fame. Whenever he was in town, he would always stop in to the Hall for a quick hello and to check out the L Street Brownies Display. With his New England Marathon Swimming Association, he was one who saw the value of organized open water swimming.”

Dr. Marcy MacDonald also lauds the champion of the sport, “A true gentleman Jim was. Open water swimming and Boston will miss him. I had the pleasure to know him way back in the late 1980s when I got back into swimming after college. He always ran a safe Boston Light swim. Thank you for your love for the water.”

Boston marathon swimming stalwart and race director of the Boston Light Swim Greg O’Connor said, “I find myself following in his footsteps, knowing that I can never fill his shoes.”

Margie Decker remembers the man who reeled people into open water swimming from all walks of life. “I remember Jim’s enthusiastic energy for all things related to swimming. Even though I was only a casual swimmer, Jim convinced me that I needed to join the New England Marathon Swimming Association AND I did! Initially, I did some of the smaller races in the Boston Harbor. In hindsight, I had no business even entering that race as I was a pool swimmer with nearly no open water experience. However, it was Jim’s not so subtle coercion that made me enter the race. He had full confidence in me which gave me the confidence in myself! I look back and realize what a rich experience I had by getting involved. And, clearly, that would not have happened if Jim Doty had not reeled me in.”

Doty’s warmhearted relationship with everyone in the open water swimming community was renowned. “I did get to meet Jim Doty, in the late 80s when I had a go at some of the Canadian swims,” recalled International Swimming Hall of Fame inductee Kevin Murphy. “Of all the people I met, I remember him because he was so friendly and helpful to a me, a newcomer to the scene in Canada and North America, so I’m saddened by his passing and would like to add my condolences for his family.”

“He was a remarkable person. I would never have done a marathon swim, let alone 14 successful channel swims if it were not for Jim Doty,” recalled the prolific marathon swimmer Peter Jurzinski.

Prior to establishing his legacy in open water swimming, Doty started his athletic career in track and was a hammer thrower and shot-putter at Harvard University. In 1956, he finished 78th in the Boston Marathon and decided that marathoning and ultra-marathoning suited him. He started swimming long distances in 1968, training with Jack Starrett, a 1964 English Channel swimmer. He later trained together with famed coach Charlie Silvia at Pine Knoll Swim School in Massachusetts.

Decades later with thousands of hours devoted to the sport on land, in boats and in the water, Jim Doty leaves a beautiful legacy to those who follow in his massive wake.