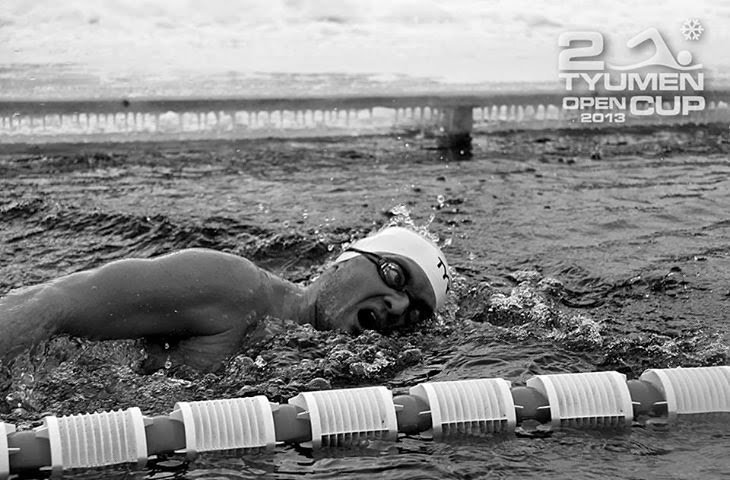 At the recent Tyumen Open Winter Swimming Cup in Siberia, Russia in water just above its freezing point – 0.8ºC (33.4ºF) – Henri Kaarma of Estonia channeled his inner strengths – both physical and mental – to do what appeared to be the impossible.

Whereas most humans would be struggling to merely survive for a few moments at 0.8ºC, Kaarma pushed himself to levels that are unimaginable to anyone but the most elite ice swimmers.

He explains how he did it. “In the start, I was trying not to go too fast and to stay calm despite initial feeling of cold. During the distance, I just tried to do a controlled swim, to be as economical as possible. I looked ahead after 20 strokes to check how far is the wall and which hand will touch the wall. Also, I remember overtaking Zdeněk by 50 meters for every 250 meters. Closer to the end, I noticed my stroke was getting shorter and it was hard to keep track how much have I already swum. I saw a bunch of people walking with me from one end to another and heard cheering during turns so I concluded that the distance must be pretty solid. I remember someone grabbing my hand, but I thought that it’s too early for stopping and I can swim more. 50 meters later, I thought that will do for today, climbed up the ladder and men carried me to the sauna.”

Scenes from the Tyumen Open Water Swimming Cup including Kaarma’s mind-boggling achievement are shown below:

Are these ice swimmers crazy? Are just smarter than the rest of the sporting world on terra firm? 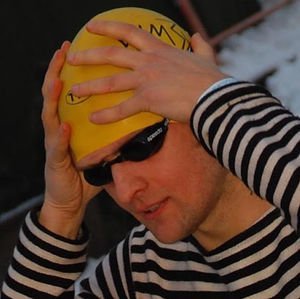 Researchers found that the brains of newborn seals (Leptonychotes weddellii) are large when they are born. The baby seal’s brain size is relatively large compared with adult seals and, remarkably 70% the size of adult brains.

What is remarkable about these seals are that they are the only mammal that swims long distances under the sea ice, holding their breath for up to 20 kilometers until they pop up in breaks in the Antarctic ice. Their big brains help them navigate these marathon distances in the icy cold waters at the bottom of the Earth.

So we thought, are there any implications of brain size and the ability to swim in cold waters among humans?

Does that imply that human ice swimmers also have larger-than-average brains? Do their brains enable them to go long distances in extremely cold waters? There are some sharp cookies among the ice swimming crowd, so perhaps they are born with large(r) brains?

Photos shows Henri Kaarma in and out of the water.