Henri Kaarma Under The Ice 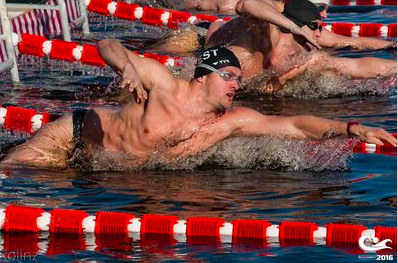 Mild-mannered Estonian banker Henri Kaarma, who was recently honored by the Ice Swimming Hall of Fame, appeared on an Estonian television show on April 21st 2011 that features the most extreme feats by Estonians.

Back in 2011, the humble extreme athlete, one of the fastest ice swimmers in the world, swam breaststroke 33 meters – completely unassisted – under the ice without fins or a safety rope.

“He is just pure strength and grace,” said fellow ice swimmer Nuala Moore in awe. “Watch his power under the ice, holding his breath for 33 meters. It is amazing.”