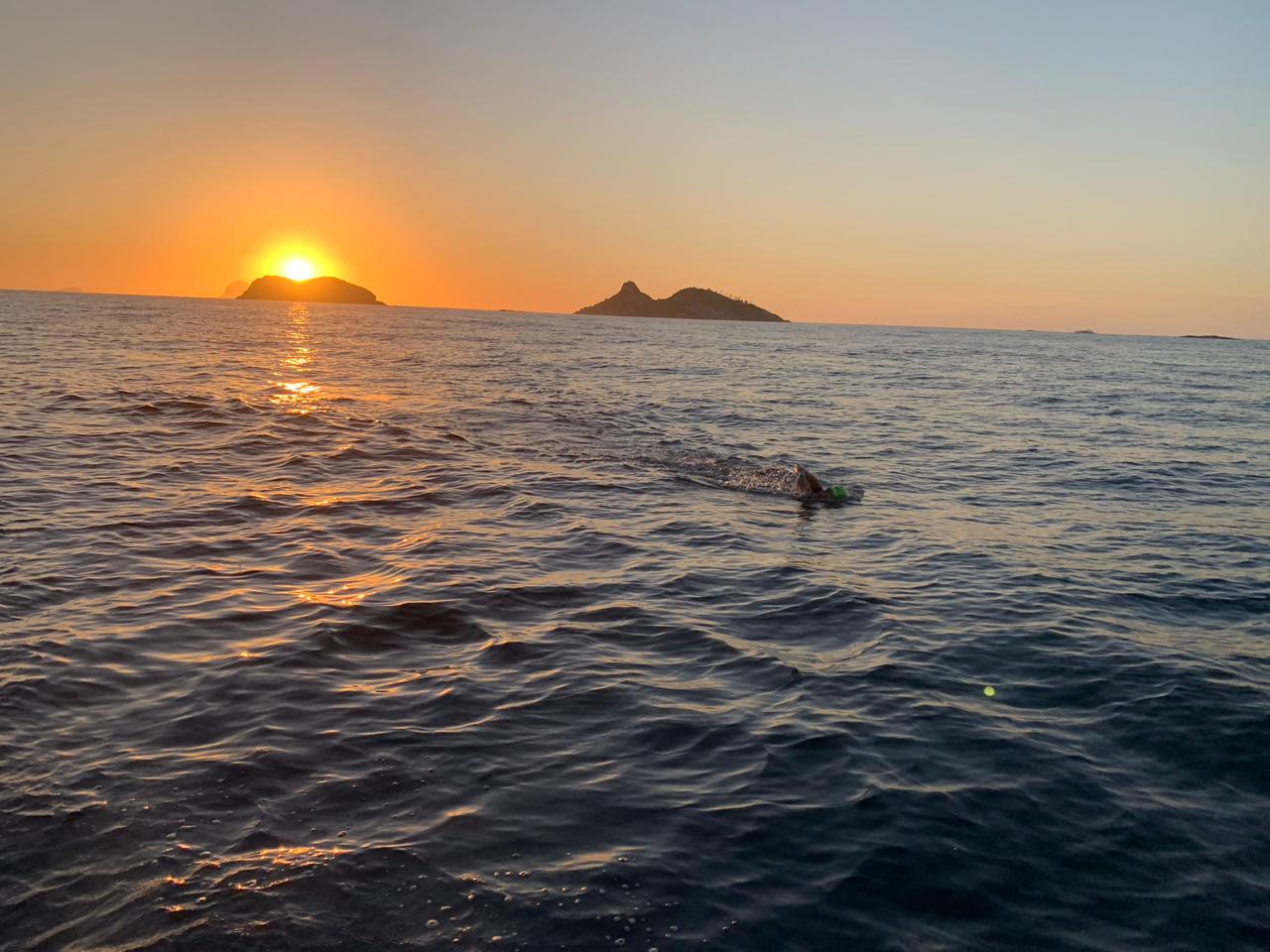 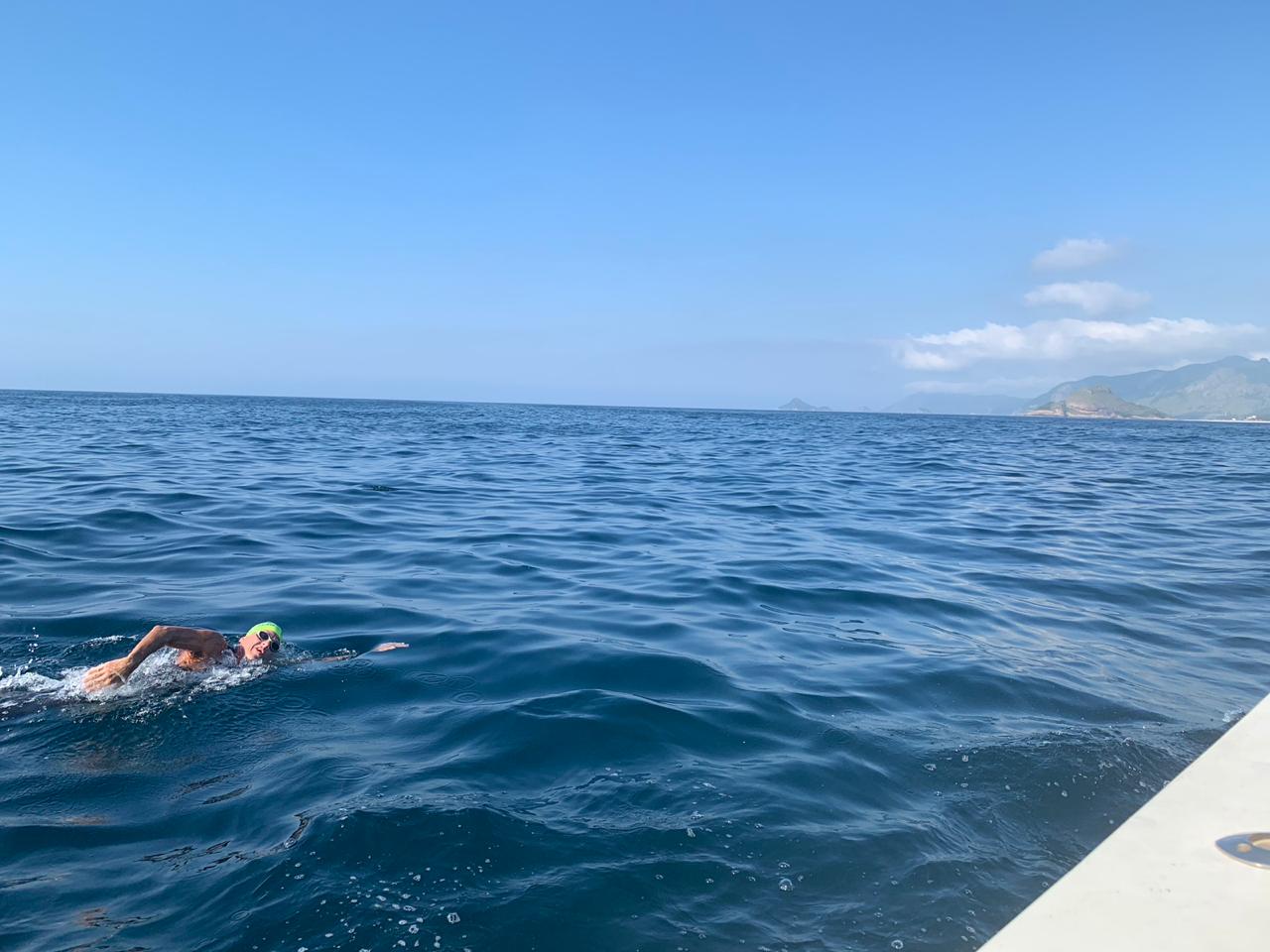 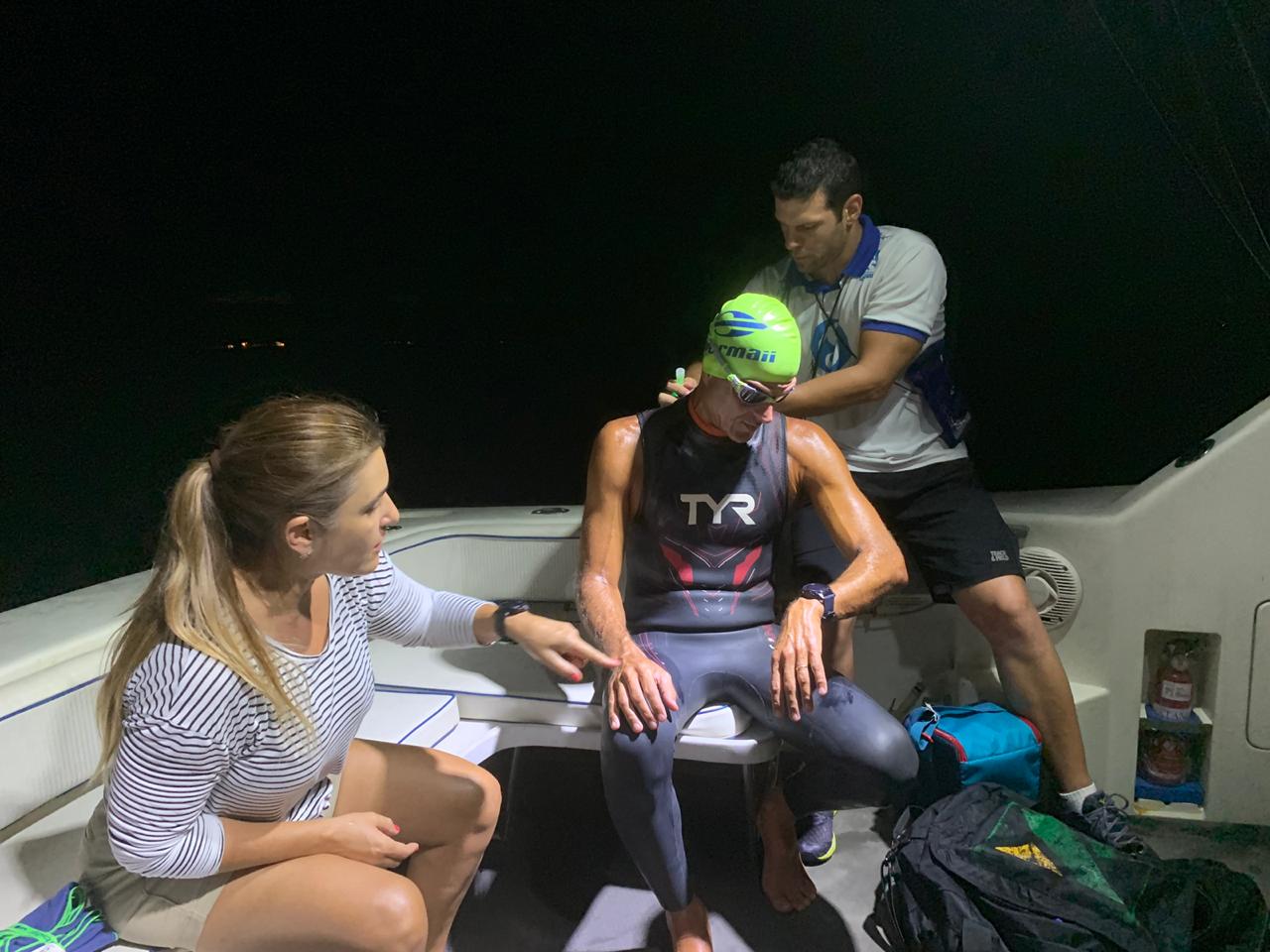 After 30 years without swimming, 48-year-old Henrique Martins Santos returned to the water and did some hard training.

His reward? A successful Travessia do Leme ao Pontal in a fast 8 hours 17 minutes along the beautiful Rio de Janeiro coastline.

His swim began at 2 am on December 16th 2018 under very favorable sea conditions and 24°C water. The wind was weak and the ripples were to the east, giving favor for an outstanding swim performance.

Henrique Martins was accompanied by his wife Fabiana Santos and his coach Samir Barel and started swimming very calmly, maintaining an average speed above 4 km per hour as he powered his way towards Pontal.

“He continued to benefit from a good current,” recalls Adherbal de Oliveira. “Henrique Martins took the opportunity to swim hard because there was a possibility of a stronger wind in the final stretch.

At each stop for hydration and food, Henrique Martins exuded tranquility and confidence that he was very well prepared to overcome all the adversities of this crossing.

In the end, the predicted contrary wind arose. While it demanded more effort of Henry to circumvent Stone of the Pontal and he was fatigued, he was able to maintain a constant pace of 1:24 for every 100 meters of swimming and swam around Stone. Finally, he walked upon the sands at Pontal beach where his friends, daughter, wife and coach were waiting 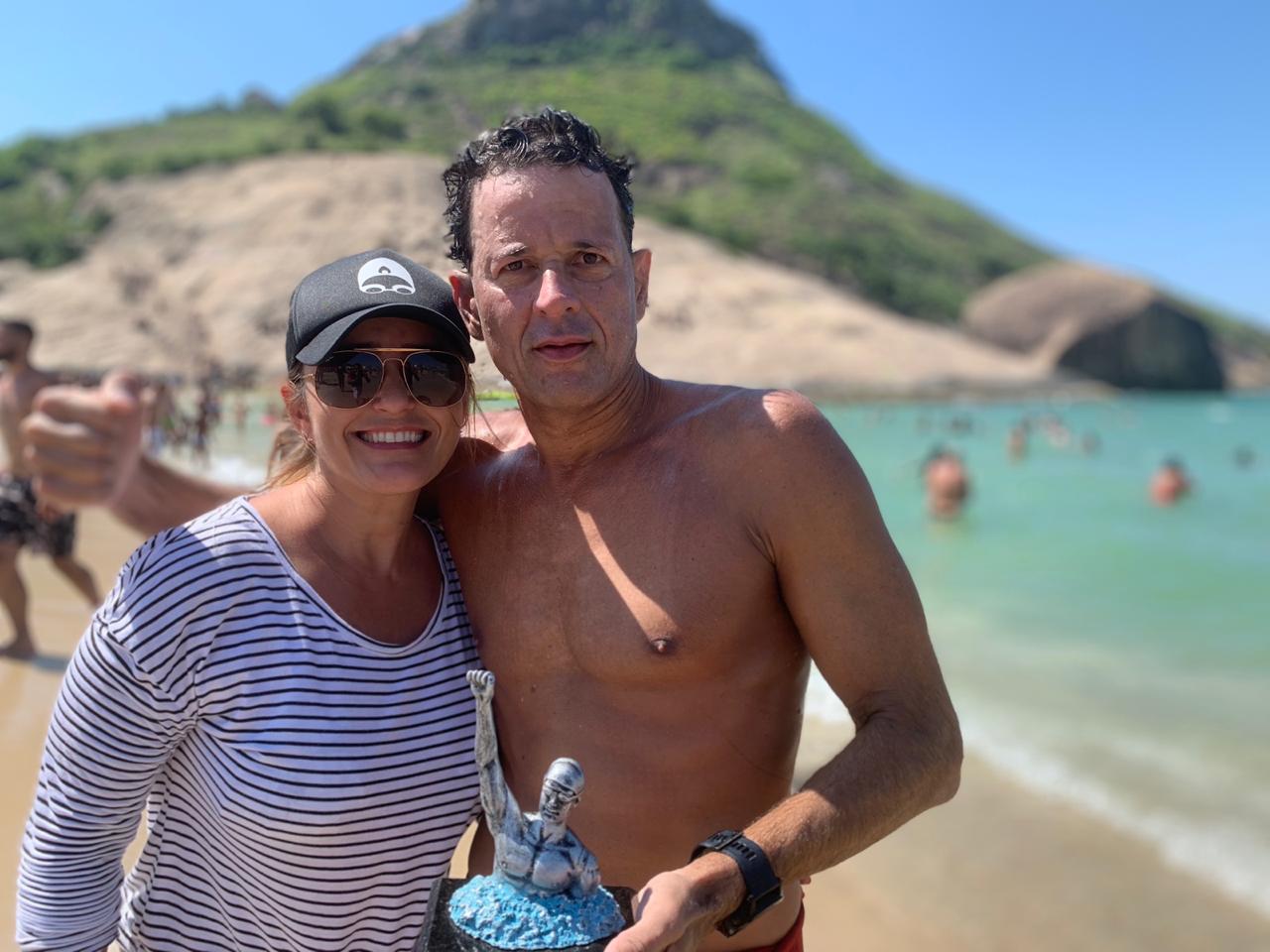