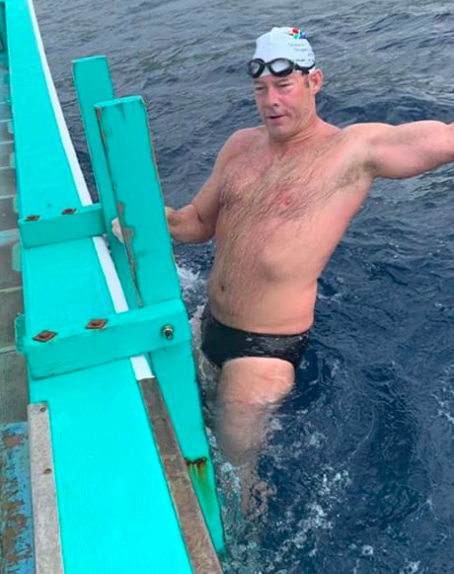 On August 30th, Herman van der Westhuizen of South Africa made a second attempt of the Tsugaru Channel in northern Japan along the Kodomari Route.

In September 2018, he attempted a crossing of the Tsugaru Channel along the same course, but he abandoned the swim after 12 hours.

This year on August 30th, he achieved his goal and completed the crossing in 10 hours 22 minutes in 23°C water – and now he has completed crossings of the English Channel, North Channel, Catalina Channel and the Tsugaru Channel along his Oceans Seven journey.