Heroes And Heroines In The Open Water 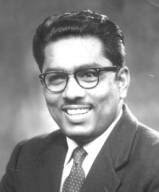 The Daily News analyzed the exploits of the 208 individuals currently inducted in the International Marathon Swimming Hall of Fame and found some interesting facts:

The inductees represent 31 different countries including 65 from America, 46 from Great Britain, 16 from Canada, 13 from Australia, 11 from Argentina, 8 from the Netherlands, 7 from Egypt, 5 from Germany, 5 from Spain, 4 from Italy, 3 from Hungary, 2 each from Ireland, India, United Arab Emirates, New Zealand, Yugoslavia, France, Brazil and Russia and 1 each from Cuba, Belgium, Portugal, Bulgaria, Croatia, Turkey, China, Greece, Denmark, Mexico, Peru and Pakistan.

Brojen Das of Pakistan (shown above), who passed away in 1998, is emblematic of the inductees. Brojen Das was the first Asian to swim across the English Channel and later became King of the Channel between 1960 – 1974.

In training for his first English Channel attempt the 1958 Butlin Channel swim against swimmers from 23 countries, he swam in the turbulent lower Megna River where his final training swim was 46 miles from Narayanganj to Chandpur and a non-stop 48-hour swim covering 60 miles in a Dhaka swimming pool. His training paid off when he won the men’s race against many of the world’s best at that time.

A hero in his home country, Brojen received the 1959 Pride of Performance Award from the Pakistan government. Later, the Bangladesh government gave him a national award in 1976 for his valuable contribution in the field of sports and games.

Heroes and heroines all who will be celebrated and showcased in a new and comprehensive International Marathon Swimming Hall of Fame website to be launched shortly.