High On The Hogg 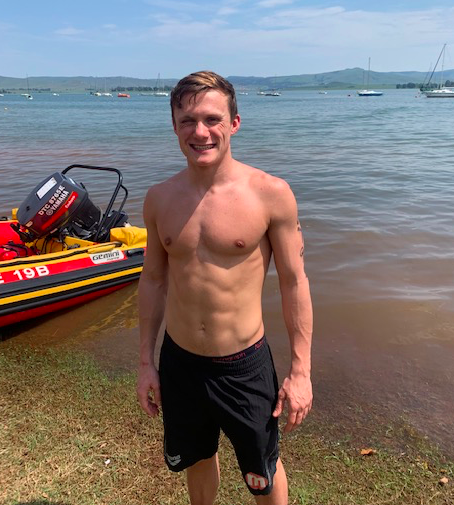 Ashley Hogg, a British pool and open water swimmer who is studying chemistry at the University of Manchester, finished 5th in the aQuellé Midmar Mile in South Africa last week.

But he always did not have the confidence in the water as he does now.

He found himself at a pool party at the age of 10. Everyone was outside of the water opening birthday presents and enjoying themselves when he decided to go jump in the pool on his own.

He quickly went under and did not come back up. He couldn’t swim. “I was underwater unable to rise to the top for what may have been more than 20 seconds.”

He was drowning until one of the parents saw him, jumped in and rescued him. It was a distressful experience. “I was scared, but my parents were not going to let this experience continue to traumatize me. They put me in swimming lessons after realizing how important it was to swim,” he recalled.

When he was 11, he joined a swim team. “I didn’t necessarily like it. I did some pool meets and did well, but I never really was into it. My parents basically made me do it.”

Only later when he discovered swimming in the open water did he find his true passion – and he has plenty of upside.