His Excellency The Governor Duncan Taylor Gives A High 5 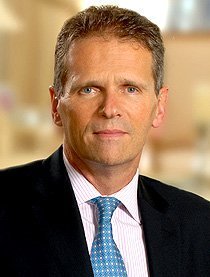 In today’s inaugural Flowers International 5k and 10k swims, one athlete will not stray far from his home.

His Excellency The Governor Duncan Taylor lives in the Government House which is located on Seven Mile Beach in the Grand Cayman, situated near the middle of the 5 km and 10 km courses.

Governor Taylor is the world’s only head of state who is actively competitive in the world of open water swimming. He not only completed a channel swim between Little Cayman and Cayman Brac, he also participates in as many local sea swims as his schedule permits.

He is appointed by the Queen on the advice of the British government and is responsible for appointing the Premier of the Cayman Islands, who is the leader of the party with a majority of seats in the Legislature.

But at least in the morning hours today, Governor Taylor is going to put aside his official duties and mingle with the open water swimming crowd for a competitive 5 km sea swim just outside his residence.