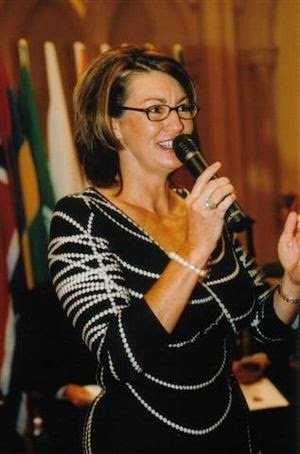 What would have happened to Larisa Ilchenko, Keri-Anne Payne, Haley Anderson, Éva Risztov, Martina Grimaldi, and Angela Maurer if Shelley Taylor-Smith had not come around in 1991?

In the era of Gertrude Ederle or Greta Andersen or Judith van Berkel de Nijs, Sandra Bucha and Shelley Taylor-Smith, women had to compete directly against men at the professional marathon swimming events. There was only one heat, one division, one awards podium.

Women were given a bit of extra cash – sometimes – if they were the first women, but it was expected that women prior to the 1990’s competed against men head-to-head. There was not a distinct women’s division and men’s division; there were just races from point-to-point or from shore-to-shore. Mano-a-mano. Men versus women in one intra-gender competition.

If the one-division competitions were still held today, would Olympic and world champions like Larisa Ilchenko, Keri-Anne Payne, Haley Anderson, Éva Risztov, Martina Grimaldi or Angela Maurer have become so widely known or respected? Would they have realistically stood a chance competing against the likes of the top men like Ous Mellouli, Thomas Lurz, Richard Weinberger, Maarten van der Weijden or David Davies at any distance?

How times have changed. Radically and rightly so.

One of the speakers at the 2014 Global Open Water Swimming Conference will be Shelley Taylor-Smith who helped bring along this radical change to the marathon swimming world. The renowned Australian swimmer will present, “The Feminine Code of Achievement – How a Lady from Down Under Revolutionised Professional Marathon Swimming Globally for Men and Women.”

“Shelley will offer a fascinating, historical perspective of the late 20th century marathon swimming world, a time that may be incomprehensible to contemporary swimmers” explains Steven Munatones. “With all the changes in the sport over the last 20 years – from GPS to incorporation of the 10K marathon swim in the Olympic Games – one of the most profound and long-lasting changes to the sport were brought about when Shelley was competing head-to-head with the top men of her era. She will explain those times when women finally were rightfully recognized and rewarded for their athletic talents while competing amongst themselves and not directly against the men.”

For more information on the Global Open Water Swimming Conference on the Isle of Bute in Scotland, visit Vigour Events.

Gregorio Paltrinieri: From Pool to Open Water Dominance and Bronze WOWSA Awards Man of the Year

A Trailblazer in the Open Water: Sarah Thomas Wins WOWSA Awards Woman of the Year