History To Repeat Itself In The Boston Harbor 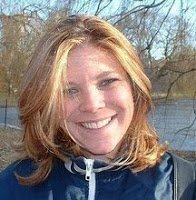 The 8-mile (12.8K) Boston Light Swim, originated in 1907, is the oldest open water marathon swim in the United States. While the event has a history unmatched in the US, only a handful of individuals have attempted a double crossing.

The two-way Boston Light Swim, complicated by tricky tides, has only been completed four times. The first 16-mile (25.7K) swim was completed in over 13 hours by Samuel Richards in 1913. In 1915, Charles Toth repeated Samuel’s feat in 15 hours and 48 minutes.

The first woman and youngest swimmer to successfully complete the double was 17-year-old Charlotte Arne in 13 hours and 36 minutes in 1934. International Marathon Swimming Hall of Fame inductee James Doty was the last and fastest two-way finisher in 1969 in 9 hours and 30 minutes.

On August 12th, Elaine Kornbau Howley and Greg O’Connor, both of Massachusetts, will repeat history with an announced goal of improving James’ record by more than 90 minutes.

The 32-year-old Elaine, a Triple Crown swimmer, and the 41-year-old Greg, a two-time finisher of the Boston Light Swim, aim to complete the swim in 8 hours.

“It’s going to be a tough, cold swim, but I’m pretty sure we can do it,” predicted Elaine. “The key will be the weather and whether we have done our homework right with timing the tides. If we aren’t quick enough out to the lighthouse and the tide turns on us, it’s anybody’s guess whether we will even be able to finish the event, let alone set a new record.”

“We’re expecting the water to be somewhere between 58-65°F (14-18°C). For a lot of swimmers, such cold conditions over eight hours or more would be too much, but we have trained for it and are ready for the challenge.”

Besides the relative cold, the duo and their support teams have studied the tides and have made detailed plans to use the elements to their advantages, but it does take a concession – starting in the dark, early morning hours. “My biggest concern is being able to wake up in time to start the swim. 3:15 a.m. is mighty early, but the timing of tides is very important to the success of this swim,” said Greg who plans to attempt the Catalina Channel in September.

Greg, the Race Director for the Boston Light Swim, explained, “I hope this double raises awareness of the race and draws attention to the fact that the Boston Harbor is now swimmable on most days. The ‘Dirty Water’ days are long gone for the Charles River and Boston Harbor. The Harbor is now one of the cleanest urban waterways in the country.”

The swim will be featured live on Boston’s National Public Radio news station on WBUR’s Looking Out on Boston Harbor series.

History will certainly repeat itself in the Boston Harbor on August 12th – at least for this pair.