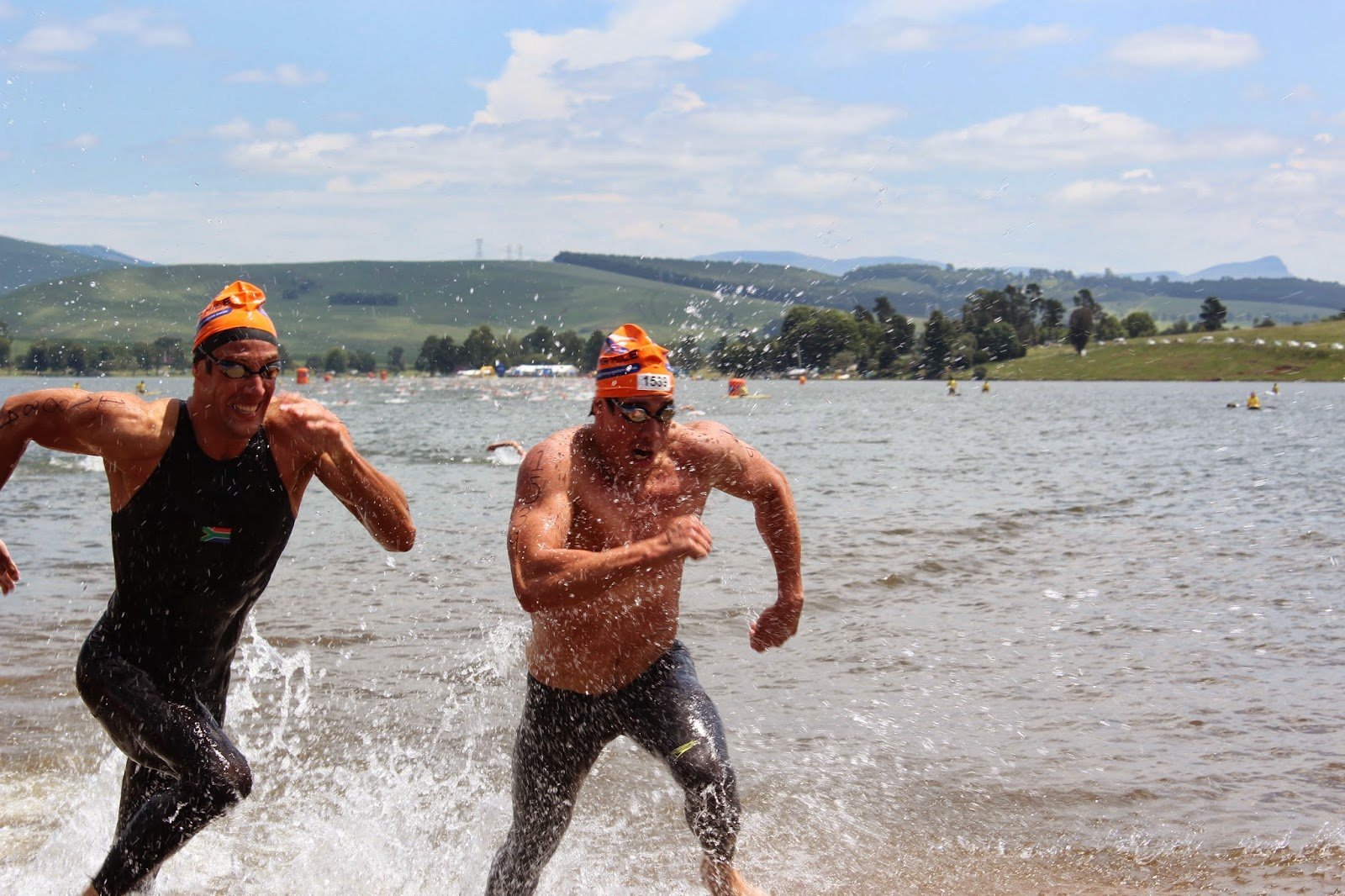 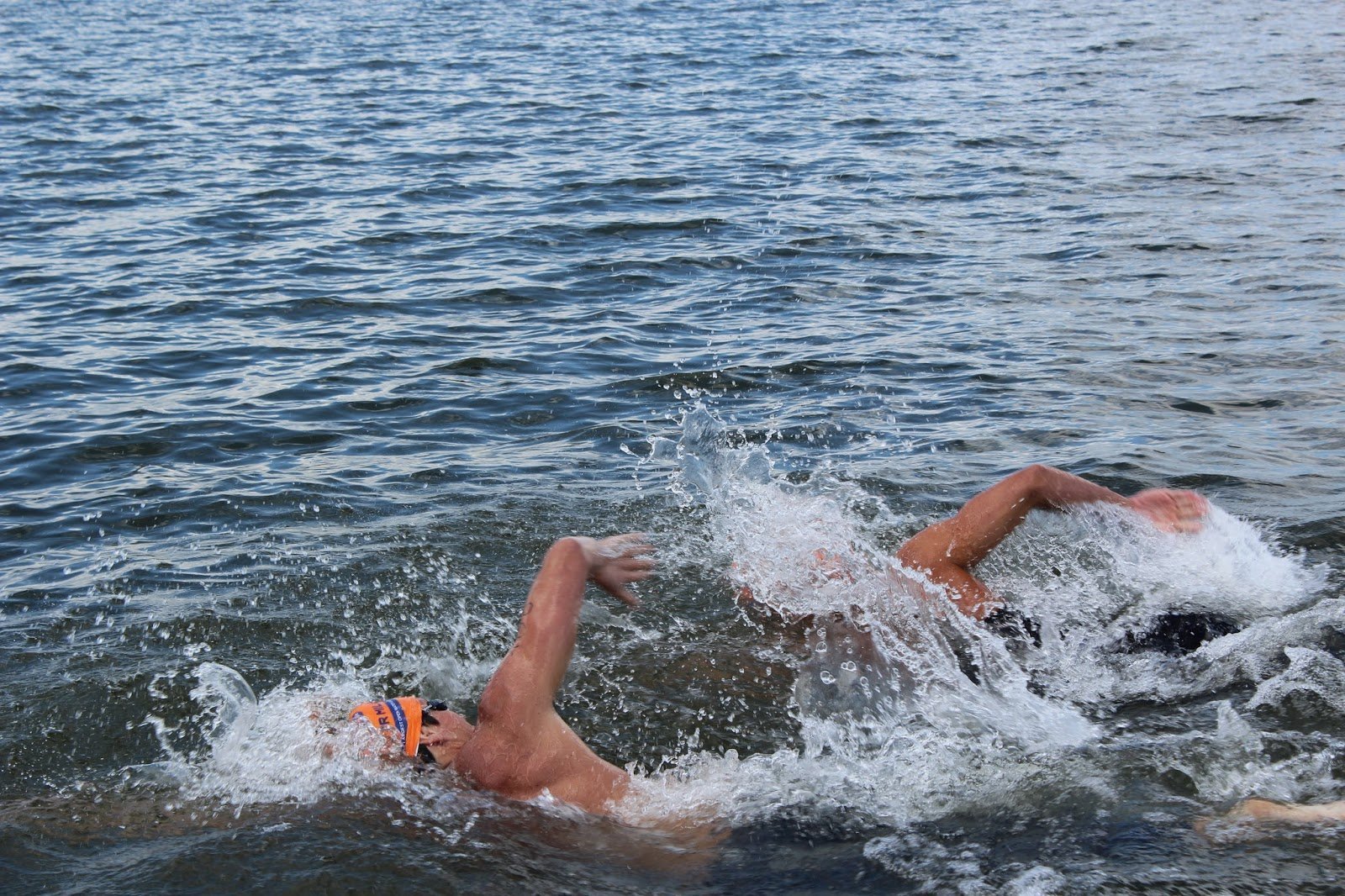 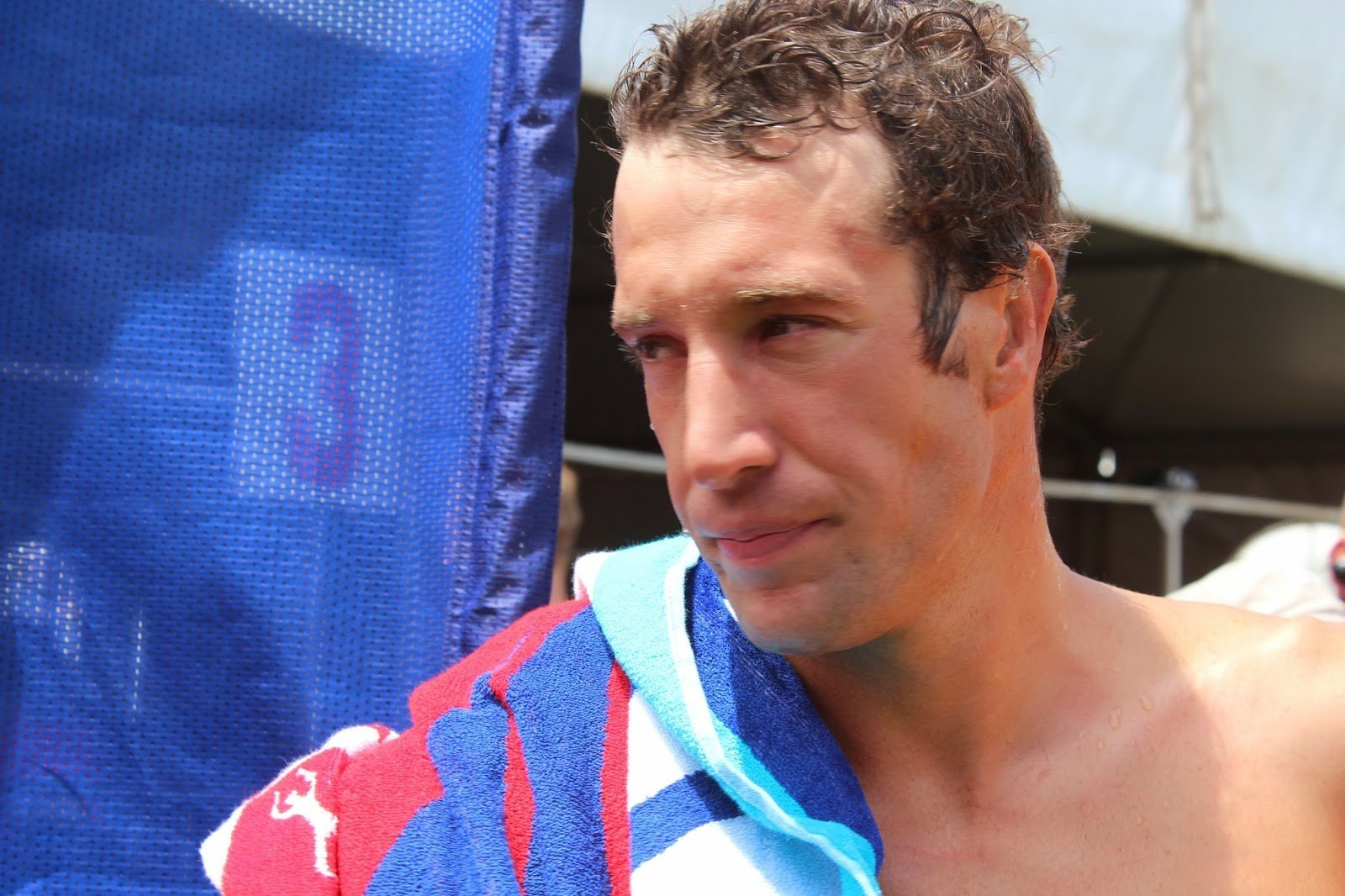 Like the epic boxing matches between Muhammad Ali and Joe Frazier, Chad Ho and Troy Prinsloo went blow-for-blow and culminated the aQuellé Midmar Mile with the most exciting race ever.

As the men swam stroke for stroke, it was the epitome of a mano-a-mano battle.

“The way Chad had been swimming I knew it was going to be tough,” said the two-time Olympian Prinsloo. “I was struggling at the start, but then moved next to Chad…I am looking forward to the South African nationals on Tuesday.”

It was clear that Prinsloo, the superior pool swimmer, had met his match in Ho who has grown up racing in oceans, seas and lakes around South Africa and the world. While Prinsloo kept looking forward and sighting off the mass of spectators at the start, Ho had only eyes for Prinsloo. Prinsloo would breathe forward 3, 4, 5, 6 times in a row as Ho kept breathing to the right eyeballing his fierce South African rival on every stroke.

Then towards the end, the 2008 Olympian from Durban moved into Prinsloo as the men closed within 25 meters to the finish. Ho knew he just needed a slight edge – any edge. His years on the professional marathon swimming circuit had been a great educator and Ho has been a focused student.

Ho understood angles and used open water triangularization to move Prinsloo ever so slightly out of a straight-line tangent to the finish. But Prinsloo had one physiological advantage that Ho could do nothing about: Prinsloo was the taller competitor and he was able to stand up further from the shore, thus beginning his run quicker than Ho.

For a moment, it appeared that Prinsloo would pull off his third aQuellé Midmar Mile victory and prevent Ho from capturing his fifth consecutive victory.

But Ho charged out of the water like a rhino protective of its offspring. His transition from swimming horizontally to running vertically was seamless and smooth. Three steps onshore and Ho overcame the earlier advantage of Prinsloo. A few steps from the finish, Ho stayed upright and bolted across the finish line like his life depended on it.

“I didn’t get off to a great start; there were guys on either side of me, but I moved ahead and swam with Troy,” said a thoroughly exhausted Ho. “It was one of the toughest races I ever had.”

At the 400-meter hot spot, race director Wayne Riddin called Ho and Prinsloo tied, but ever other subsequent hot spot, Ho just moved slightly ahead to capture the cash prize at the 800m and 1200m marks. Ho used that spatial awareness in the water to ultimately help him put a lateral move on Prinsloo at the finish to win by 0.08 seconds.

Like Ashley Twichell and Keri-Anne Payne’s rivalry in the women’s division, Ho and Prinsloo will face one another many, many times more before the 2016 Rio Olympics. Stay tuned.