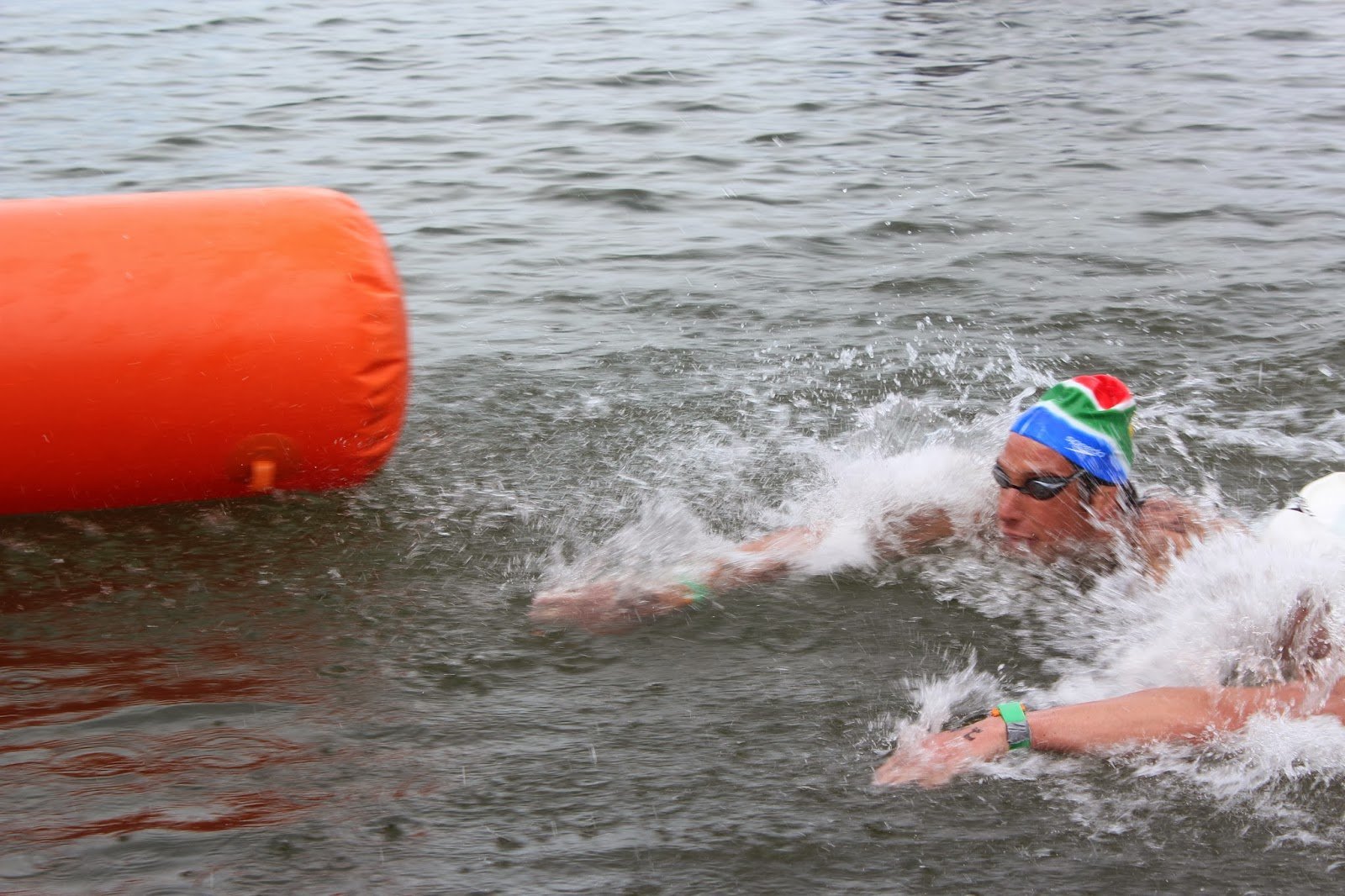 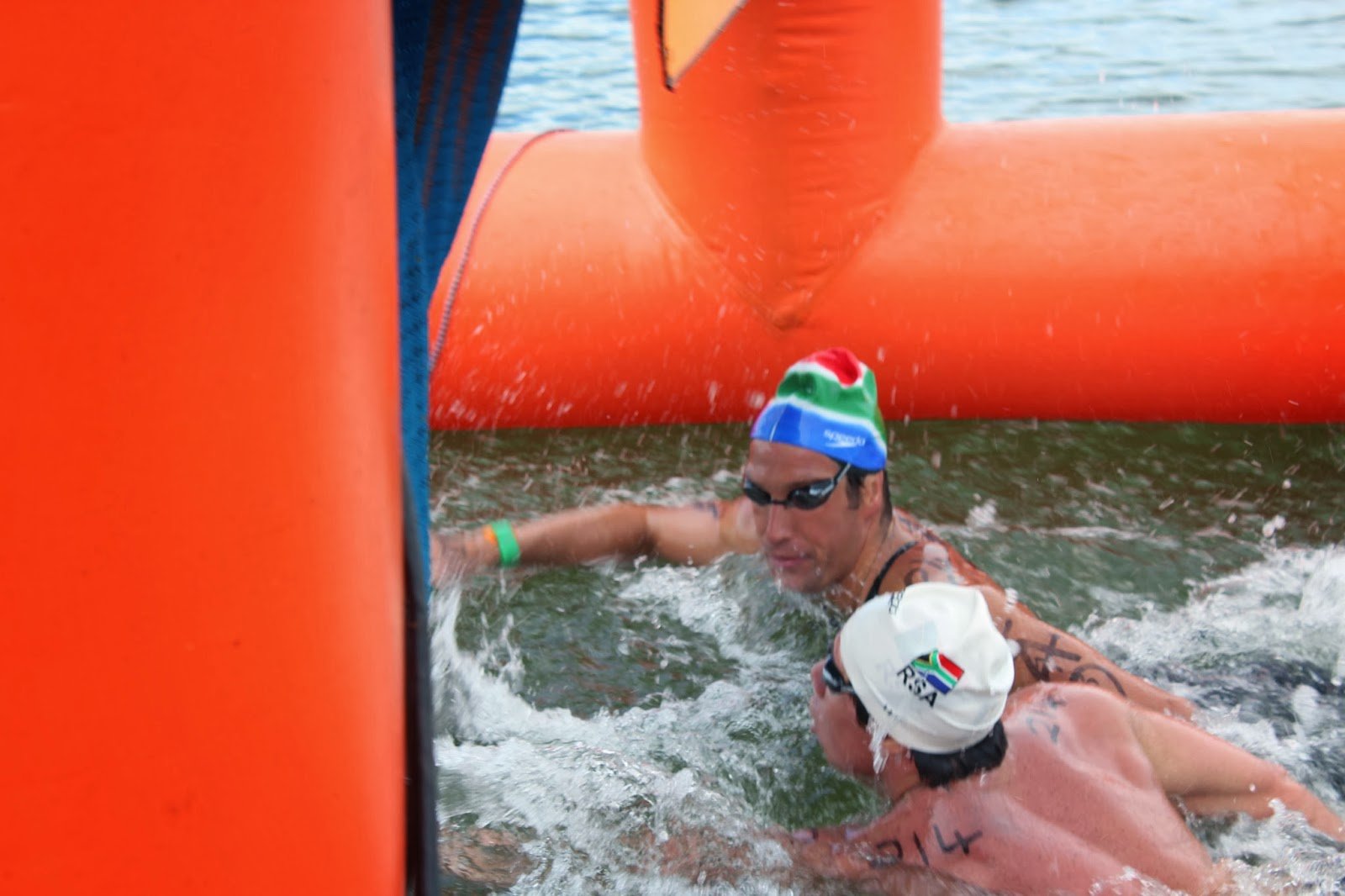 This time, Ho and Prinsloo faced off at the 10 km South African National Open Water Swimming Championships in the very same Midmar Dam.

Again, they went stroke-for-stroke often in a four-way with Daniel Szekelyi of Hungary and young Danie Marais of South Africa.

But every time Ho picked up the pace, Prinsloo stepped up his game. And every time Prinsloo increased the tempo, so did Ho. They were inseparable and never more so than at the finish when they both went all out.

But the weekend remained ever so slightly in Ho’s favor who just barely got a fingertip ahead of Prinsloo as Ho squeezed Prinsloo in a bit at the end. With another 2 years on their racing schedule before the 2016 Rio Olympics, this rivalry shows no signs of slowing down.