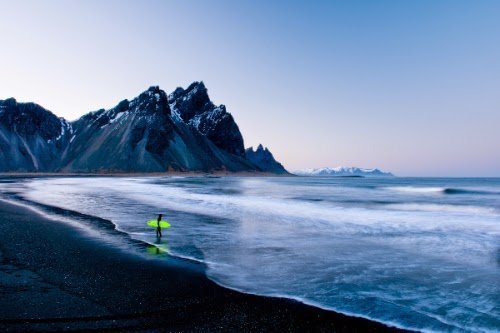 
Ocean Recovery Alliance is organizing the Hong Kong Ocean in Motion Film Festival between April 15 and 19th. “Join us in, on and under the water for some incredible footage, excitement, beauty, humor and everything ocean. Every night showcases up to 9 films and all nights are different for a visual, film experience that you will be inspired by,” writes Doug Woodring.

“We are also proud to be collaborating this year with the Ocean Film Festival Australia. These screendings will be on the 17th and 19th, with a wide range of beautiful imagery that will be projected through an oceanic lens. The footage each night highlights the scale of the ocean, and the interdependent relationship between humans and the Ocean.”

Duct Tape Surfing from Mark Tipple on Vimeo. Films like Duct Tape Surfing will be shown. Eighteen years ago, a car accident left Pascale Honore paralysed from the waist down. For years, she would watch her sons surf from the seat of her wheelchair, perched at a cliff-top vantage point nearby. Fascinated by the ocean, Pascale dreamed of being able to surf. With the help of a roll of duct tape and with the support her sons’ friend Tyron Swan, a big-wave surfer and professional diver, Pascale’s dream eventually became a reality.

Haenyeo: Women of the Sea showcases Haenyeo, female free-divers, who collect seafood off Jeju Island in South Korea without the use of scuba equipment. This film documents the triumphs, trials and harsh realities of everyday life for these women. The Haenyeo’s unique matriarchal culture has changed little since the 19th century as Chuwar Park, a remarkably vibrant 82-year-old veteran diver, shows.