Honour Organisations In The Hall Of Fame 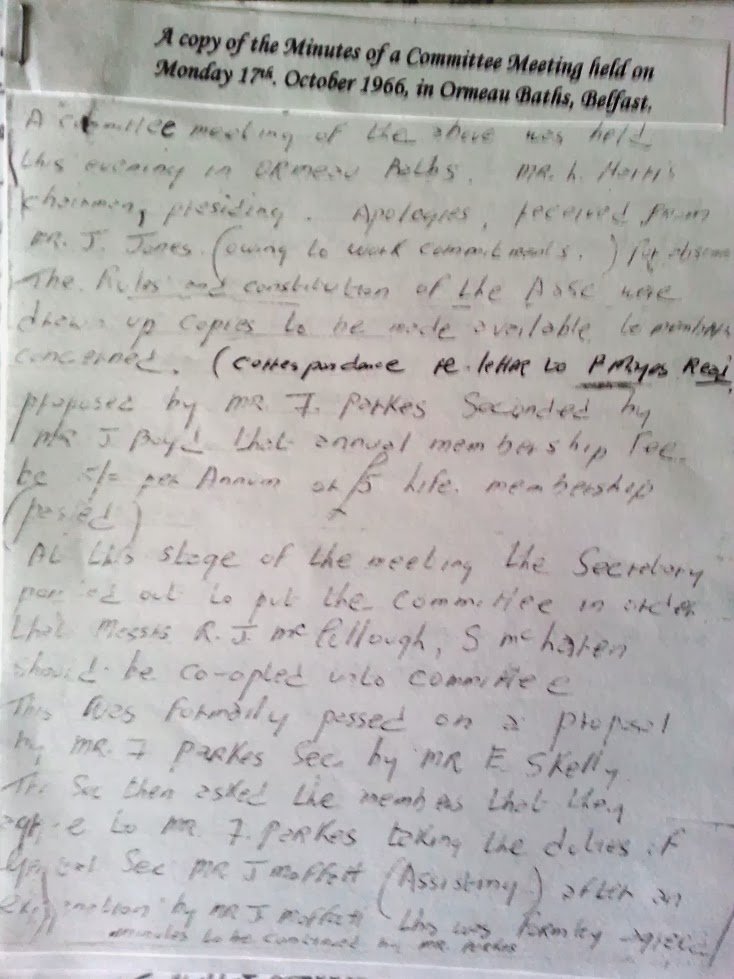 There are 11 Honour Organisations inducted in the International Marathon Swimming Hall of Fame.

All of these organizations were founded by individuals who volunteered their time to provide the requisite structure, guidance, promotion and administration behind the sport of open water swimming in the local open body of water. Year after year, the volunteers behind these organizations help dreams become reality as they help swimmers through the process of preparation, registration and ratification.

On left are the minutes from a 1966 organizational meeting of the Irish Long Distance Swimming Association in Belfast.