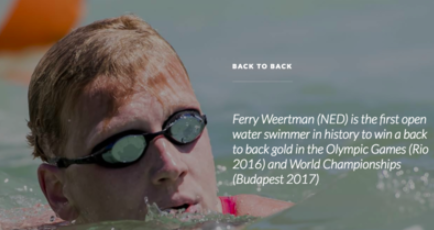 FINA announced the renewal of its partnership with HOSA to support the FINA/HOSA Marathon Swim World Series until 2021.

The Chinese swimwear manufacturer started its sponsorship of the professional marathon swimming circuit in 2015.

“FINA is very pleased to renew with HOSA until 2021, a trustworthy and prestigious partner since 2015 which has tremendously improved the quality and the reach of the most important diving and open water annual showcases after the FINA World Championships,” said FINA’s executive director Cornel Marculescu. “HOSA’s support is important to achieve a successful strategy for those two events.”

We will try hard to train more young talents, venue building, competition management. We will make it our priority to make aquatic sports stronger and more popular
.”

For more information about the World Series, visit here.

Doha will host its first FINA/HOSA Marathon Swim World Series this weekend as 72 men and 44 women from 24 countries will descend upon Qatar with its 19-23C° waters including Sharon van Rouwendaal and Ferry Weertman [shown above], Olympic and world champions from the Netherlands.

Italian coach Stefano Rubaudo described various aspects of the current pro circuit that has roots nearly 100 years ago, “I have noticed that over the years the organisation of the Series has grown in the right direction and it is much more professional nowadays. For example, the registration process through the FINA GMS is a huge step forward. For sure the FINA Marathon Events have grown bigger in the last 5 years.

We, athletes and coaches, do not have a preferred venue but in general I can say that Setbal, Balaton, Abu Dahbi are all always very well organized. We pay particular attention to the environment question. It is crucial for us to keep the water clean and avoid leaving wastes behind.

All swimmers who usually are in the first eight places in the ranking have good chances to win to in Doha.

The Italian team is constantly working and growing for the best success, benchmarking the “old and most experienced” top swimmers. I will be happy if one of them finishes among the first three places in the circuit. Our final goal is in any case the Olympics in Tokyo. The secret to success is to program and to work hard to reach the target.”