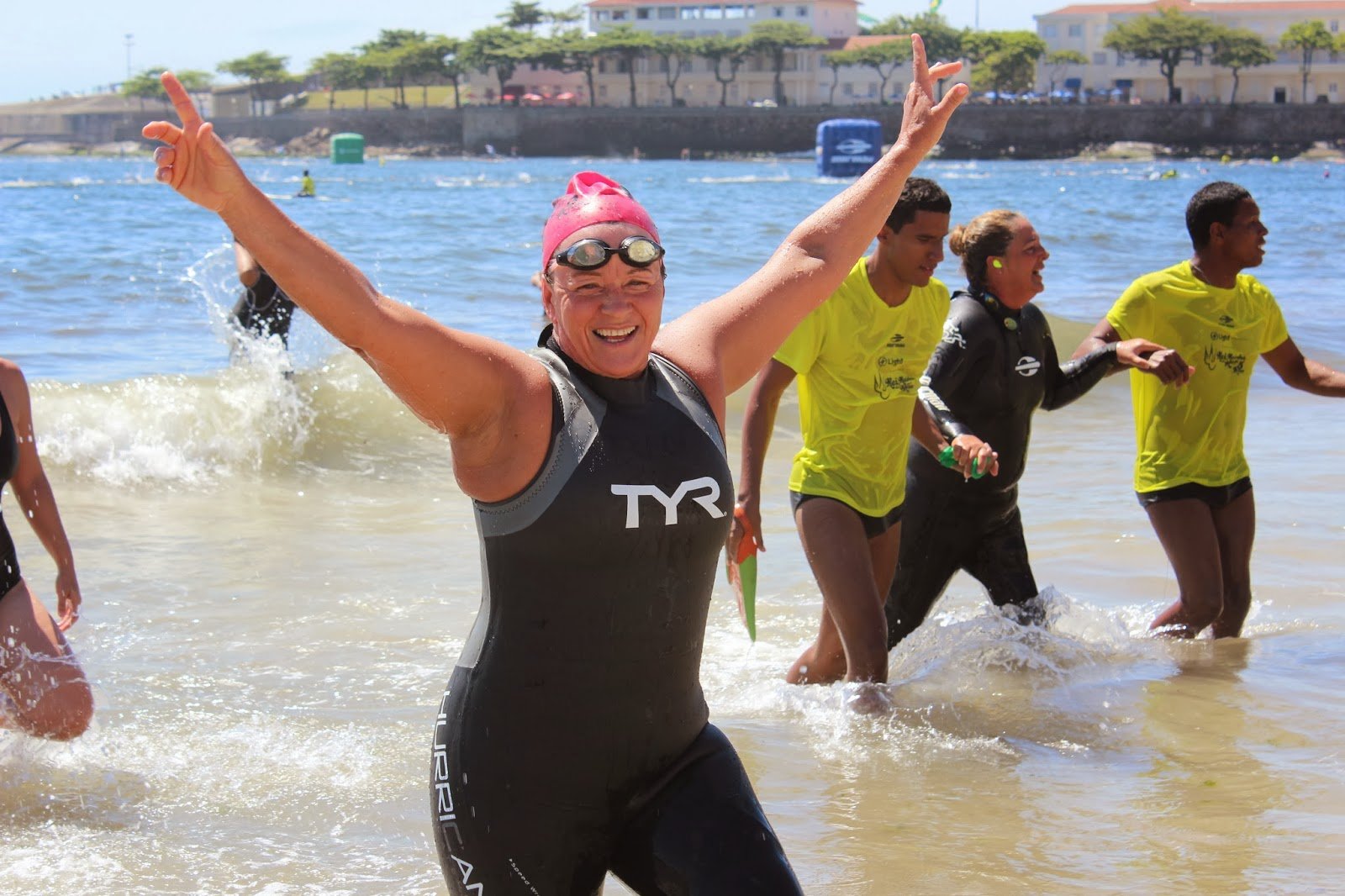 In 2013, more than 3.5 million Americans will celebrate their 65th birthday.

And that number will pale in comparison to the future ranks of older Americans who will celebrate their 60th, 70th and 80th birthday over the next 20 years.

While many of these individuals will worry about their medical bills and retirement plans, an increasing number of them will also be scheduling their pool workouts and planning their open water swims. This vast Baby Boomer generation – estimated to be 78 million individuals in America – will dramatically change the seascape of the open water swimming world.

They may have kids and grandchildren to look after; they may be taking various kinds of medications; they may wear looser clothes than before, but they will also be looking to maintain or improve their health. They will be bombarded by public messages and advertisements to eat more healthfully and exercise more. They will be encouraged to head to gyms, attend fitness expos and watch their diet. They will have more time to pay attention to themselves and will be motivated to turn back the ravages of time.

Many of them find that running strains their bones and joints too much. Some of them look for a total body workout. Others want to improve their aerobic capacity, vascular health and muscular strength. As a result, many Baby Boomers will find their way to a local pool or shoreline.

Newbies and former competitive swimmers alike will look for information about swimming and comrades to swim with. They will find that the camaraderie of the swimming community is a perfect combination with the health benefits of swimming.

The trend that was identified by the Southern Pacific Masters Swimming (SPMS) is undoubtedly replicated not only throughout the United States, but throughout the world where the Baby Boom generation is also affecting most other niches and aspects of society and the economy. “SPMS experienced a record number of registrations in both clubs and individuals in 2013: a 8% growth in individual registrations (now over 5,000 masters swimmers) and a 9% growth in club registrations for 2013 (now over 100 masters swimming clubs) in Southern California,” explains Dan Wegner, Registrar for Southern Pacific Masters Swimming.

We foresee various long-term effects as the Baby Boomers navigate their way through middle-age and retirement:

1. Event participation. The number of participants in open water swims is increasing, but a closer look at the results finds that the over-40 age groups are growing the fastest and make up the bulk of an increasing number of events. For younger athletes, there are a number of swimming alternatives from age-group swimming to collegiate swimming competitions. Furthermore, compared with individuals in their 20s and 30s, the over-40 crowd is not only more numerous, but they have more time and more disposable income to spend on open water swimming events, camps, clinics and holidays.

2. Equipment. An age-group swimmer and competitive athlete uses a number of training devices, from fins to pull buoys. But “go-to-the-gear” is a nearly a mantra for many Baby Boomers. Sales of fins, buoys, paddles, and snorkels will increase as more and more Baby Boomers take to the pool and open water. And since they are more aware of the ravages of the sun and environmental issues, sunscreen products and biodegradable skin ointments and products will catch the attention of these near-retirees and retirees.

3. Pods. Older swimmers may not go to a lot of competitions, but they do enjoy the collegiality of their fellow swimmers. Post-swim socializing will be increasingly important, ranging from a coffee after a swim to a pot-luck meal on the weekends with swimming friends.

4. Challenges. They will look for something to aim for; something to challenge themselves that motivates them in a physical and mental sense. The Half Century Club, the Oceans Seven, Ice Mile, the Triple Crown of Open Water Swimming and masters championships will be among the more visible open water swimming goals, but most swimmers will seek something more easily attainable: 10 laps across the pool or a 1 km ocean swim will do it for most people.

Whatever they choose to do, the Baby Boomers will have a profound and unprecedented affect on the open water swimming world.