How Copacabana Beach Changes Things In The Olympics 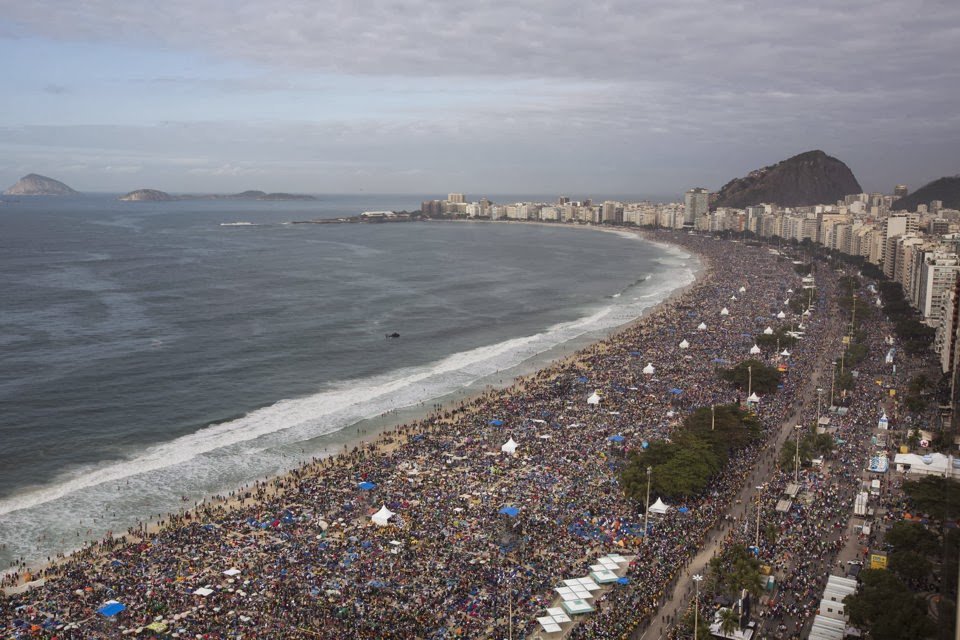 The next Olympic 10km Marathon Swim at the 2016 Rio Olympic Games could showcase the world’s finest distance freestylers in front of 500,000 spectators on Copacabana Beach.

The swimmers could include:

All three swimmers – and their competitors who compete in the 800m (women) and 1500m (men) in the Olympic finals – have the physical tools and mindset to earn an additional medal in the 2016 Rio Olympics marathon swim. They train hard; they train long; they have blazing speed and incredible stamina. They are so fiery competitive and have so much speed and stamina that it would be unfathomable for them to place outside the top 3.

While the first Olympic marathon swim in 2008 was in a flat rowing basin and the second Olympic marathon swim in 2012 was in the flat-water Serpentine, the 2016 Rio Olympics will be held in Copacabana Beach, a wide-open ocean venue with the potential for turbulence and large ocean swells. It can be windy and wavy. It can be turbulent with plenty of lateral currents. Under these conditions, it is probable that simple flat-out speed and stamina of fast distance freestylers is offset by the racing savvy and tactics of more experienced open water swimmers such as Ous Mellouli, Eva Risztov, Keri-Anne Payne, Martina Grimaldi, Thomas Lurz, Richard Weinberger, Alex Meyer, and Spyridon Gianniotis.

Add in the trend in elite open water swimming at FINA competitions to become even more physical with few red cards called and the 10K competition in Copacabana is entirely different than a one-person, one-lane pool race with flip turns each 50. The raw bumping, pulling and elbowing are reason alone for the fastest pool swimmers to stay in the confined spaces of 50m rather than also showcase their talents in the open water.

While it would be very interesting to see the pool’s best distance pool freestylers go up against the world’s fastest open water swimmers, it remains unlikely and, in fact, not in the cards. While Cochrane has dabbled in short open water swims (at the RCP Tiburon Mile in San Francisco), it is unlikely that the Chinese authorities will allow Sun to take a chance at swimming in the ocean or Ledecky becomes interested in open water.

But there is one Olympic distance freestyler who may make his mark on the Olympic open water scene in 2016: Andrew Gemmell. Gemmell has always shown great promise in open water swimming with his high navigational IQ. He has podiumed at international competitions, but with a laser-like focus on collegiate swimming and the 400m individual medley and 1500m freestyle in 50m pools, his motivations have been outside the open water. But the silver medalist in the 2009 FINA World Championships 10 km marathon swim and the gold medalist in the 2011 FINA World Championships 5 km Team Pursuit will soon complete his illustrious career at the University of Georgia in spring 2014. He has accomplished much in Georgia as a student and an athlete. He was chosen as a team captain; he serves as a student-athlete representative on the UGA Athletic Association Board of Directors and the Student-Athlete Advisory Committee. But after his graduation, he will start swimming more open water races. He will not give up his pool swimming career, but he should play a major role in international open water competitions from the summer 2014 and beyond.

Gemmell has the stamina, speed and acceptance of physicality that it takes to swim aggressively enough to garner a podium spot. While the elite women often hit and bump into each other throughout the entire race, the men swim against one another with greater degrees of separation and respect each other’s swimming space. Because this physicality of the men is much less a factor than in women’s races, the male version of the elite 10 km races are more suited to those with superior swimming speed. Hence, the opportunity for fast swimmers like Gemmell to shine.