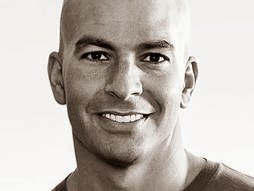 While the open water swimming community is growing globally, the number of swimmers still pales in comparison to those who run, cycle, walk, lift weights and do a number of dryland activities and events from yoga to Pilates.

Although a swimmer or two will occasionally make the front pages of the world’s media or a splash in the online social world, there are still few swimmers who truly make a global impact.

In business, there are people like British Petroleum CEO Bob Dudley and medical entrepreneur Dr. George Tidmarsh, but there are few who are literally changing societies by stint of their intellectual, writings, personality and discoveries.

Dr. Peter Attia is one of the few swimmers who are changing the world (see here).

On the highly influential Tim Ferriss Experiment, Dr. Peter Attia waxes eloquently on Life-Extension, Drinking Jet Fuel, Ultra-Endurance, Human Foie Gras, and More. Dr Attia asks the question “How do you balance the desire to live longer with the desire to perform well?” and then proceeds to explain the detailed reasons how.

Dr. Peter Attia, the co-founder and president of the Nutrition Science Initiative (NuSI), has succeeded in everything in his life through a combination of grit and deliberate practice. He has a growing influence over the nutrition assumptions, thinking and perspectives of many influence-makers and individuals from all walks of life through his Eating Academy blog and the NuSI.