How Does Fitness And Fat Play A Role In Open Water? 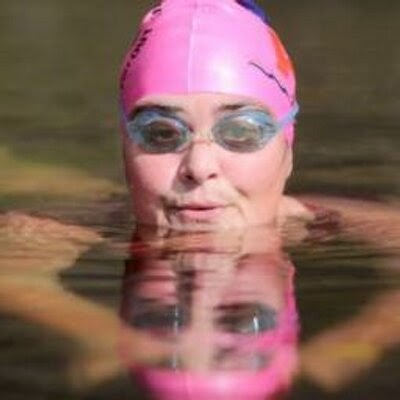 The Trinity College Dublin’s series is a unique opportunity to hear about the science, repercussions, and advantages of fat through talks and workshops with representatives from the Irish food industry together with artists, scientists, and specialists like Moore.

Not only can participants listen to these workshop presentations, but also partake in delicious tastings and treats from some of today’s best Irish food.

The June 3rd instalment of the series in the colleges Science Gallery is about fat and preservation.

Sheridan’s Cheesemongers will bring some delicious cheeses and talk about the science behind cheese production and how fat has allowed us to make nutritious food last longer.

Ice swimmer Moore will share her perspectives of fat, and how it keeps sea swimmers insulated at near-freezing water and air temperatures. She will also explain that an athlete does not need to be thin to be fit.

“Body fat has long been an awkward subject,” explains Moore. “What is the challenge on obesity? Not all people with obese bodies have eaten themselves to oblivion and are lazy. The body has an amazing way of preserving life and despite the fact that if we carry fat we can still perform at such a high level. Exposure to cold creates body fat as insulation such packing the organs. We become thick in certain areas to preserve the organs. The thicker the core, the longer the heat has to travel to leave the body.

The different types of fat are being explored, researched and re-thought at the Harvard Medical School with a renewed intensity and interest. It is an area that has caught Moore’s attention and perked her intellectual curiosity. “We have brown fat and white fat. We have fast and slow compartments, the body is stunning at protecting itself Over 56 days around Ireland while swimming 4-6 hours a day including being 16 hours a day at sea on open Zodiacs in the wind while getting soaked in the rain, we never saw a pizza or a soft drink. On most days, we gave up food in lieu of catching a tide. We pushed into the abyss. But we didn’t have anyone guiding our nutrition, except we faced the blind need to finish. We had breakfast in the morning and sometimes dinner in the evening and after 56 days we were all up 1-2 stones weight. UP! All the us gathered huge fat around our backs, arms and bellies despite being lean. For we were all wet and cold for 16 hours a day, but we survived.”

While body fat has been frowned up by most athletes and discouraged by coaches and sports scientists in most sporting competitions – and certainly by most fans – it is also true that body fat plays an essential role in open water swimming, especially in the ice swimming nice. For athletes like Moore who have completed triathlons, 120-mile cycling races, half marathon runs, 26 km lake swims, the Round Ireland Swim, the Bering Strait Swim, and ice swims of 1000 meters at near 0ºC, all these accomplishments require an extraordinarily healthy body and mind.

Moore will discuss such far forward thinking theories, especially as it relates to her performance during ice swims.

“What is the composition of salt water that we drink in swimming? What are the ramifications on bodies with fat? Salt swells? Does salt increase fluid retention? Does liver function increase? I also have a percentage of body water in fluid retention which has occurred over the last few years. We are discussing that fat freezes at higher temperatures than muscle. so is it possible that the immersions at 0ºC over the last few years has caused this fluid to be forced out of the cells and not re-absorbed after the reheating…which leaves this fluid now floating about.”

For more information about this workshop, visit here.