How Many Channel Swimmers Are There In The World? 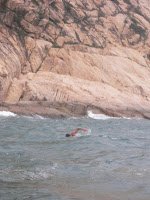 A preliminary review of the major channel swimming governing bodies around the world led Open Water Source to estimate there were a minimum of 710 active channel swimmers in 2012 who made at least 942 attempts and 797 successes across waterways in oceans or seas or around/between islands during this year.

But this is the best guess estimate at this time. If readers have additional information, please send to headcoach@openwatersource.com. The breakdown is as follows:

North Channel: 4 attempts and 1 success (in a new route)

There are probably at least another 15 solo swims or charity swims (not including stage swims) across channels or around islands in the Pacific Ocean or Atlantic Ocean, as well as somewhere in the Caribbean Sea or Mediterranean Sea.

A list of 101 marathon swims (inclusive of lake and river swims) is posted here. An estimate of the size of the marathon swimming community will described in Part 2. The list above only includes sea and ocean swims of marathon distance.

The number of professional open water swimmers is posted here.

The number of marathon swimmers is posted here.

The number of channel swimmers is posted here.