How Technology Changes Things In The Open Water 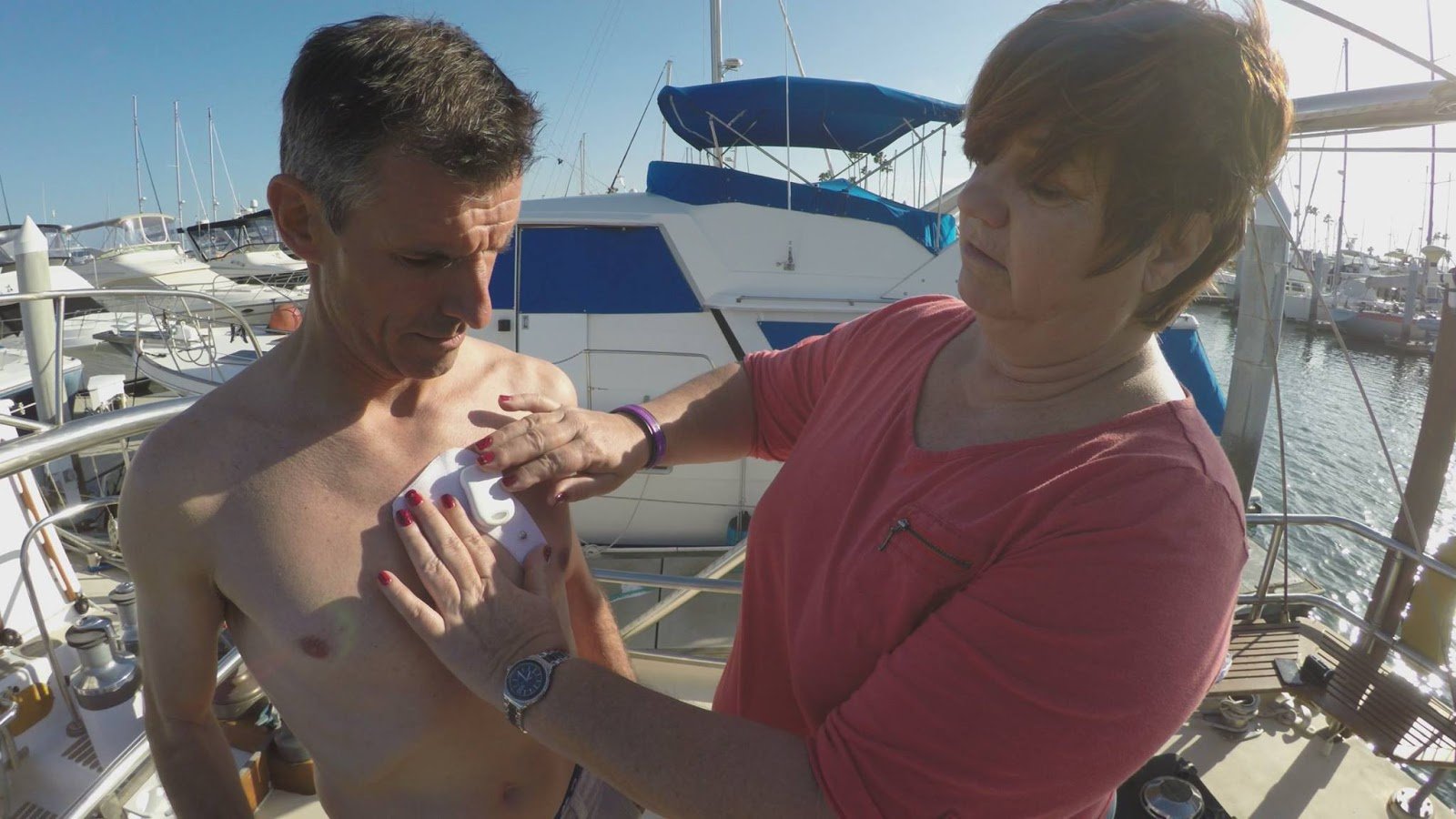 Back in 1993 in Okinawa under the supervision of Professor Ishikawa, we tried to monitor our caloric intake and heart rate throughout a 38 km ocean swim between the islands of Ishigaki, Iriomote, and Taketomi.

With a halter holding a wireless monitor taped to our chest, the device was able to track our heart rate pretty well for a few hours, but the technology was primitive and the device was not able to send or hold data throughout the 10-hour channel swim in the tropical waters.

But dial forward 23 years, and Dms-service of Reno, Nevada has come up with new equipment to monitor Ben Lecomte‘s EKG* during his planned 5,419-mile (8,721 km) swim between Tokyo and San Francisco (The Longest Swim).

Lecomte, Dms-service and the scientists and doctors who will be monitoring Lecomte’s vital signs will find a treasure trove of physiological information about extreme endurance athletics with Dms-service’s 3 channel myPatch Holter recorder.

One of the problems back in 1993 was holding the monitor firmly to the chest during the swim in the turbulent, wind-chopped waters of Okinawa. But Lecomte has tested the latest waterproof tape that will securely hold a variety of medical equipment on his body during his swim.

How technology has changed and improved over the years…to the benefit of scientists, researchers, and extreme athletes.

* An EKG is an electrocardiogram is a test that checks for problems with the electrical activity of the heart.