How Times Change In The Open Water 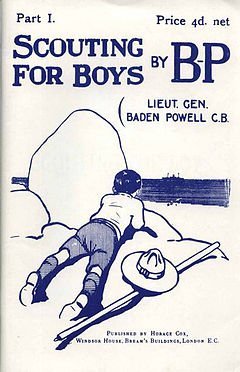 Scouting for Boys: A Handbook for Instruction in Good Citizenship was published in 1908, written and illustrated by Robert Baden-Powell, the founder of the Scout Movement. Scouting for Boys was based on Baden-Powell’s boyhood experiences, his experience with the Mafeking Cadet Corps during the Second Boer War, and on his experimental camp on Brownsea Island, England.

The book advised about swimming too soon after eating: “First, there is the danger of cramp. If you bathe within an hour and a half after taking a meal, that is, before your food is digested, you are very likely to get cramp. Cramp doubles you up in extreme pain so that you cannot move your arms or legs — and down you go. You may drown — and it will be your own fault.”

We always wondered where the advice came from about refraining from swimming too soon after eating.