How Times Have Changed In The Open Water 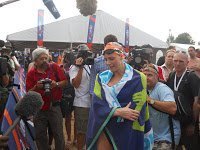 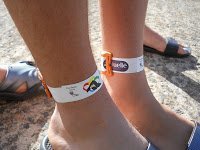 Back in 1974, Martin Godfrey wore a swim cap among the 153 people in the Midmar Mile. Why? So his father could identify him.

Little could Martin know that back in 1974 that he would go on to swim 37 additional Midmar Miles and those original 153 swimmers would eventually grow to over 16,500 swimmers in the 38th annual version of the aQuellé Midmar Mile where everyone now wears a different colored swim cap in a highly coordinated seeding system – as well as a branded ankle transponder.

And certainly the fanfare that Martin received back in 1974 was nothing like contemporary times when the future princess of Monaco Charlene Wittstock also participated on behalf of the Special Olympics.