How Unique And Unusual Are Marathon Swimmers? 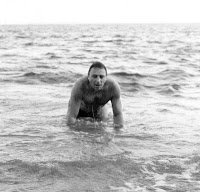 In all of human history, Open Water Source estimates that approximately 10,180 people have willingly swum more than 6 hours non-stop in an open body of water.

This number does not include individuals who have been unwillingly tossed off of ships or found themselves swimming and drifting to shore due to warfare or shipwrecks.

The swimmers include those who have been successful in the Catalina Channel, English Channel, all the professional marathon swims including races in Canada, USA, Mexico, Australia, Hong Kong, China, Serbia, Macedonia, Argentina, Brazil, France, Italy, Egypt, Syria and Dubai, the Cook Strait, the Clean Half Marathon Swim, the Manhattan Island Marathon Swim, the Faros Maraton, the Ederle Swim, the Ijselmeerzwemmarathon, the International Self-Transcendence Marathon Swim, the Round Jersey solo, the Kalamata-Koroni Marathon, Jersey-to-France, Lake Tahoe, Lake Ontario, the 9 major channels in Hawaii, the North Channel, the Rottnest Channel, the Santa Barbara Channel swims, the Swim Across The Sound, Tampa Bay Marathon Swim, Swim Around Key West, and another 200 at the minimum who have done other swims of at least 25K.

Some population estimates assume that 107 billion people have been born during the course of mankind’s history on earth.

In other words, approximately 0.0000095% of the human population have ever fallen within the definition of a marathon swimmer.