Hugh Tucker Honored By The Hall Of Fame 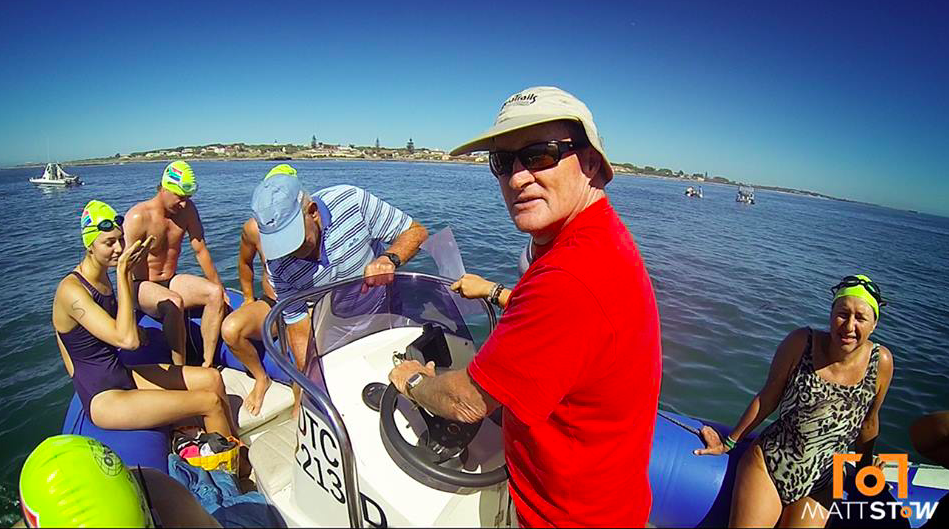 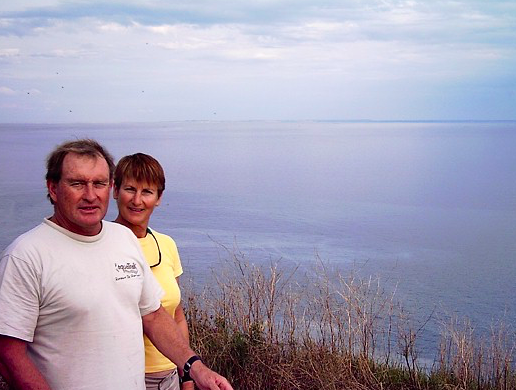 Each one of this year’s inductees are remarkable athletes who have completed incredible feats in the open water.

They are also exceptional humans who lead inspirational lives on dryland. Some have achieved greatness in competitive events, some in solo crossings, some in unprecedented marathon swims. While their greatest swims are publicly well-known, it is the relentless dedication and numerous hours they put in hard, solitary training year after year that enable them to complete their swims in lakes, river, seas and oceans around the world.

The Class of 2018 includes one of the world’s most unsung swimmers, coaches, administrators and pilots Hugh Tucker of South Africa. Not only did Tucker attempt to cross the English Channel four times before he ultimately succeeded, but he also made shark cages for False Bay attempts and helped the Cape Long Distance Swimming Association establish its stature and organization due to his efforts and dedication together with Peter Bales.

He has served as an observer and pilot for the Cape Long Distance Swimming Association from mid 1970’s to the present.

At the age of 21, he established the 14 km record between Robben Island and Woodstock Beach of 4 hours 9 minutes. He also held the record from Three Anchor Bay to Robben Island in 2 hours 45 minutes and the 9 km course from Simonstown to Muizenberg in 2 hours 41 minutes at a time he was touted as South Africa’s top distance swimmer.

“You have to train your mind more than your body, because no matter how fit you are, four or five hours in the water is tough. You just have to keep on telling yourself to keep going. Besides there is always the worry of what is down there underneath you. I have had shark scares and seal scares while swimming in False Bay.

Corrie Ebbelaar and I were in False Bay training when we hit a shoal of blue bottles. They were not too thick, and we decided to carry on through them. Corrie got stung on the mouth and she drew in her breath in pain. The blue bottle went into her mouth and lodged in her throat. She couldn’t breathe.

He recalls different aspects of his career:

Daily News of Open Water Swimming: How does it feel to be inducted in the International Marathon Swimming Hall of Fame – after so many decades in the sport?

Hugh Tucker: To be inducted into the Hall of Fame was a truly wonderful feeling, especially as you get chosen from fellow swimmers. It just confirms that the job was done right and appreciated.

Daily News of Open Water Swimming: What was the most satisfying swim – as a swimmer and as a pilot – of your career?

Hugh Tucker: My most satisfying swim – as a swimmer – was in finally making the English Channel after four failed attempts. The first three attempts were in 1972*, with another in 2003, then success in 2004.

My greatest piloting satisfaction was in getting Ned Denison across False Bay in very trying weather conditions and dangerous water, shark-wise.


Daily News of Open Water Swimming: What was the toughest swim – as a swimmer and as a pilot – of your career?

Hugh Tucker: My toughest swim was doing a double relay across the English Channel in 1972, with a United Nations Team** – the conditions were gale force for the first six hours. Captain Hutchinson was the only pilot who would take us. On this swim we completely lost a swimmer for fifteen minutes (note: this is the first time that this fact about the swim is in writing). It was on this swim that Captain Hutchinson taught me to “Grid Read” water and save the swimmer’s life. This man was a legend as a pilot and just had a great feel for the water. What he taught me on that swim I have used many times over the years in piloting and river rafting to help others in distress.

My toughest piloting experience was in 2007, taking Andy Pfaff across the English Channel and ending in failure after 21 hours. Only the Channel can produce such harsh conditions. 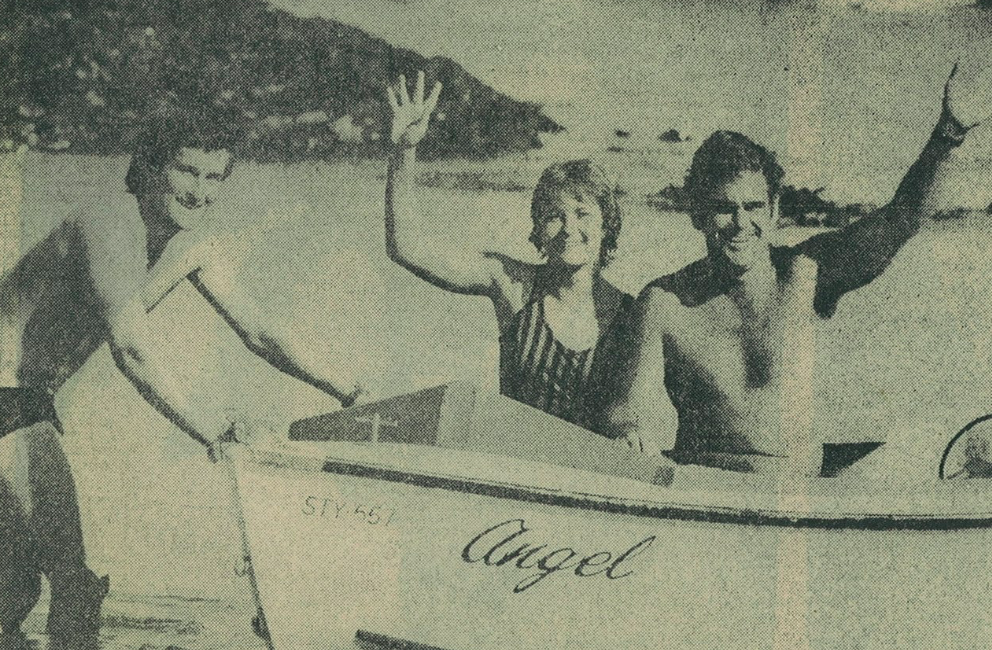 Daily News of Open Water Swimming: Can you describe your first crossings in South Africa back in the early 1970’s?

Hugh Tucker: My first swim across to Robben Island from Cape Town was in 1971. I was piloted by Peter Bales in a 12-foot dingy with a 5HP Seagull Motor. I swam with Corrie Ebbelaar – who later broke the record across the English Channel. We broke the record by 20 minutes and that record stood for a few years.

Our return trip to Cape Town was dangerous, as the wind had started to blow hard and the small dingy had very little freeboard. We took on a lot of water and although we were exhausted, Corrie and I bailed out furiously to keep us afloat.


Daily News of Open Water Swimming: Can you describe how you plan for a swim as a pilot and the things that you recommend to swimmers?

Hugh Tucker: When taking new swimmers on swims, I like to get them to relax and enjoy the swim. I encourage them to become part of the ocean and to remember the swim as it will stay a positive memory for life.

In the sporting world to complete a long swim is just the most satisfying feeling. To pilot a new swimmer from Robben Island for their first swim has the same feeling. As a swimmer, you know what the swimmer is going through. The joy and success has no equal, but nobody can take that success away -not ever. The pilot feels the same as the swimmer.

After about 250 swims, this attitude is the same as every swim is as important as the last swim. It does not matter if it False Bay or Robben Island; every swim is different and important.

When Peter and I started in the late 1960’s, we did not have GPS or cell phones and all swims were guess work of weather, currents and winds conditions. Most times, we got it correct, but once I took Ram Barkai’s group and got it wrong landing at Sea Point pool instead of Three Anchor Bay. Pilots are part of all swims and I would not change that for the world.

Daily News of Open Water Swimming: What is your most favorite place to swim or escort a swimmer, anywhere in the world?

Hugh Tucker: My favourite swims are to or from Robben Island. The history of the island – Nelson Mandela’s ‘home’ for 22 years – and the great views of Table Mountain.

Daily News of Open Water Swimming: How many shark encounters have you seen during your swims?

Hugh Tucker: My first encounter with a Great White Shark was on that Robben Island swim. It swam under Peter Bales’ dingy, then glided off showing no aggression. My second encounter was when I was swimming with Lynne Cox and a large shark showed interest. A diver nearby shot at it with his spear gun. He later said that the spear just bounced off the shark, which fortunately changed course and swam away. Lynne and I did not see the shark, but we heard the distinctive sound of the spear gun.

Daily News of Open Water Swimming: What are some of the favorite foods and drinks that swimmers take with them during their swims?

Hugh Tucker: There are many ‘experts’ out there regarding the foods and drinks swimmers take on a swim. Everybody has their own ideas. What I use is rather complicated, so I would prefer not to elaborate.

Daily News of Open Water Swimming: What are some of the most beautiful beaches that you have seen, anywhere in the world?

Hugh Tucker: Regarding beautiful beaches, here in Cape Town we are blessed with some of the most beautiful beaches in the world. For example, Clifton and Simonstown, where the sand is snow white and the water crystal blue. An added bonus is all the beautiful people tanning and enjoying the sun.

Daily News of Open Water Swimming: Do you swim regularly?

Hugh Tucker: My swimming training is now only three times a week in a Virgin Active Pool, doing about 80 to 100 lengths per session.

“His track record of dedication, passion and success in the open water is so lengthy and so solid; he is a pillar of the community with an outstanding reputation,” observed Steven Munatones. “Contemporary swimmers enjoy the sport partly based on the decades of commitment, expertise and integrity that Hugh has established. He is a true hero of the open water.

“Hugh and the other new members of the International Marathon Swimming Hall of Fame emulate those exceptional 269 forerunners already enshrined in the Hall of Fame. Since the class of 1963, our marathon swimming inductees from around the world have received the ultimate marathon swimming recognition. They have been immortalized with their names inscribed on the IMSHOF Sea Goddess, our ‘symbol of the sea’,” explained Chairman Christopher Guesdon.

* On his first attempt of the English Channel, Tucker lost consciousness after 11 hours in the water and had to be pulled from the water. “The water was very cold. The grease does not help me at all. After two hours, I had a cramp, but Peter Bales encouraged me to go on. At the six-hour mark, I got cramps again, but now I was determined. After 10 hours, I was exhausted, but I was only about three miles from the French coast, so I drove myself on.“

** After three unsuccessful attempts at the English Channel at the age of 20, he joined the United Nations team with 22-year-old Corrie Abbelaar of Amsterdam, 35-year-old Tom Hetzel of New York, 35-year-old Captain Manucher Tooluiy from Iran, 29-year-old Sergeant-Major Mehdi Maesoumi of Iran, and 24-year-old Ray Dixon of London that broke the two-way relay record in 24 hours 7 minutes in 1971.