Human Physiological Performance During A 1-Mile Swim in Cold Water 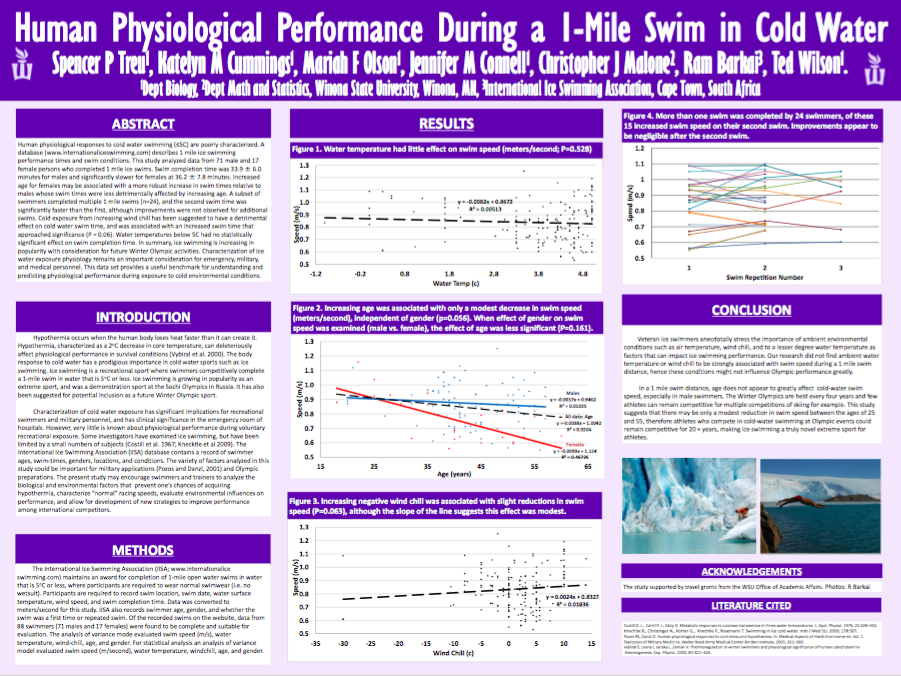 Courtesy of Ram Barkai of the International Ice Swimming Association.

Their study analyzed data from 71 male and 17 female persons who completed 1-mile ice swims based on the International Ice Swimming Association database that includes information on swimming performance times and swim conditions.

But the study’s final conclusion was startling to say the least.

“In a 1-mile swim distance, age does not appear to greatly affect cold water swim speed, especially in male swimmers. The Winter Olympics are held every four years and few athletes can remain competitive for multiple competitions of skiing for example.

This study suggests that they may be only a modest reduction in swim speed between the ages of 25 and 55, therefore athletes who compete in cold water swimming at Olympic events could remain competitive for 20+ years, making ice swimming a truly novel extreme sport for athletes.
“

Imagine an athlete like Petar Stoychev, one of the fastest cold water swimmers in the world. He started off his career as a competitive pool swimmer and competed in his first Olympic Games in the 1500m freestyle. Then with the advent of the Olympic 10K Marathon Swim, he was able to qualify for two Olympic Games in the 10 km. Now, with the possibility of ice swimming in the Winter Olympics, he may very well qualify for future Games in the newest aquatic discipline.