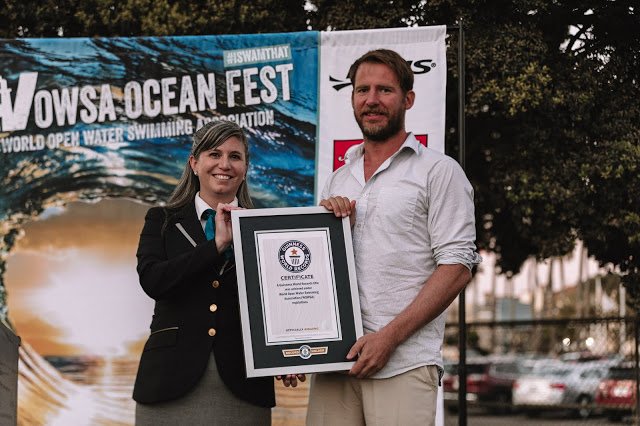 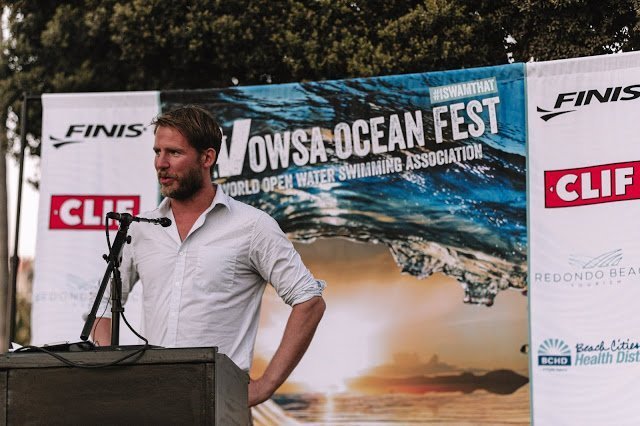 South African swimmer Cameron Bellamy was honored yet again by Guinness World Records for his unprecedented 96.4 km circumnavigation swim around Barbados at the WOWSA Ocean Fest in Redondo Beach, California on October 5th.

It took Bellamy 40 hours 43 minutes to round Barbados in his second attempt.

In his first Swim Around Barbados, he swam for over 27 hours and 66 km. But luck was not on his side and he abandoned the initial attempt. As he got out of the water, he vowed to return – and that he did.

He ultimately realized his goal and became the first individual to complete a 96.4 circumnavigation swim around the tropical island in the Caribbean Sea in nearly two days of constant swimming.

Swimming In The Ice, Longer Than Any Human In History