I Died, But Came Back: Near-Death Experiences 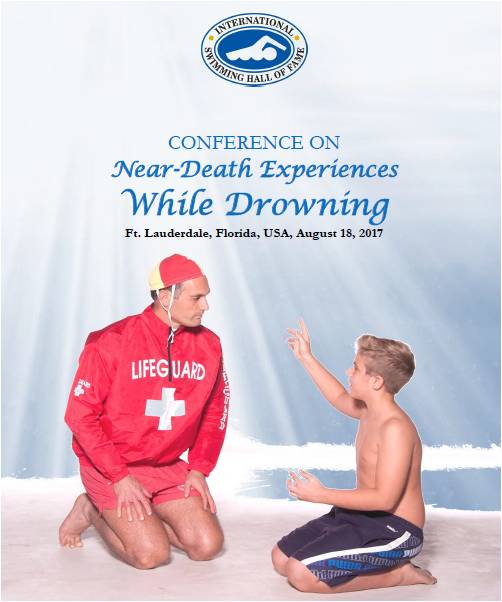 The International Swimming Hall of Fame will host a Conference on Near-Death Experiences while Drowning on August 18th.

This conference aims to bring attention to near-death experiences during a drowning episode, a long-lasting impactful trauma for all who have personally faced this issue.

“I could see, floating in the air, the lifeguards attempting to resuscitate a lifeless body; it was mine.”

“I saw a bright light that asked me, in a life review, what I have done in my life for love and learning.”

“I felt peace and no fear of death.”

Professor Janice Miner Holden, Ed.D. and Dr. Stathis Avramidis, Ph.D. reported in Near-Death Experiences While Drowning: Dying Is Not the End of Consciousness! that these are words of those who ‘died’ temporarily and reported how they felt when they returned from the other side. These experiences are not illogical or pathological.

The phenomenon that occurred is termed a Near-Death Experience (NDE). Contemporary advances in cardiopulmonary resuscitation and defibrillation have enabled lifeguards and first responders to bring large numbers of victims back to life, an unparalleled achievement in human history. Of the millions of those who survive drowning each year, approximately 20% of survivors report having NDEs.

Often when victims report their Near-Death Experiences to health care providers and first responders, these reports are often labeled as hallucinations due to inexperience with this phenomenon. When a Near Death Experience is discounted, it becomes psychologically disconcerting to survivors. Similarly, the survivors or their families may believe that they are have lost touch with reality.

Dr. Avramidis of the Hellenic Centre for Disease Control and Prevention and a Seasonal Instructor of Applied Lifeguarding and Lifesaving Sport at the University of Athens will present The NDE Mnemonic and NDE Protocol: Two Useful Tools for Lifeguards.

Other speakers include Audrey Dalton, a survivor of a drowning incident who will recount her Near Death Experience, John Spannuth, President and CEO of United States Water Fitness Association, will discuss the Importance of Swimming and Lifeguard Lessons, Kim Burgess, an Aquatics and Drowning Prevention professional, will discuss why learning about drowning is informative to Aquatic Safety Professionals, First Responders and Survivor Families.

At the conference, the presenter will offer:

* discussions of NDE characteristics that a successfully resuscitated drowning casualty might report
* samples of drowning NDE accounts
* recommendations for how water safety professionals or doctors can use NDE related information in their work
* a poster session open to any water safety- and aquatic-related information relevant to drowning in terms of prevention, rescue and treatment

For more information on the Conference on Near-Death Experiences while Drowning, visit here.

Bob Burnside, founding president of the United States Lifesaving Association and recipient of the 2014 Paragon Aquatic Safety Award of the International Swimming Hall of Fame is shown above.