Ice in His Veins – Albert Sobirov 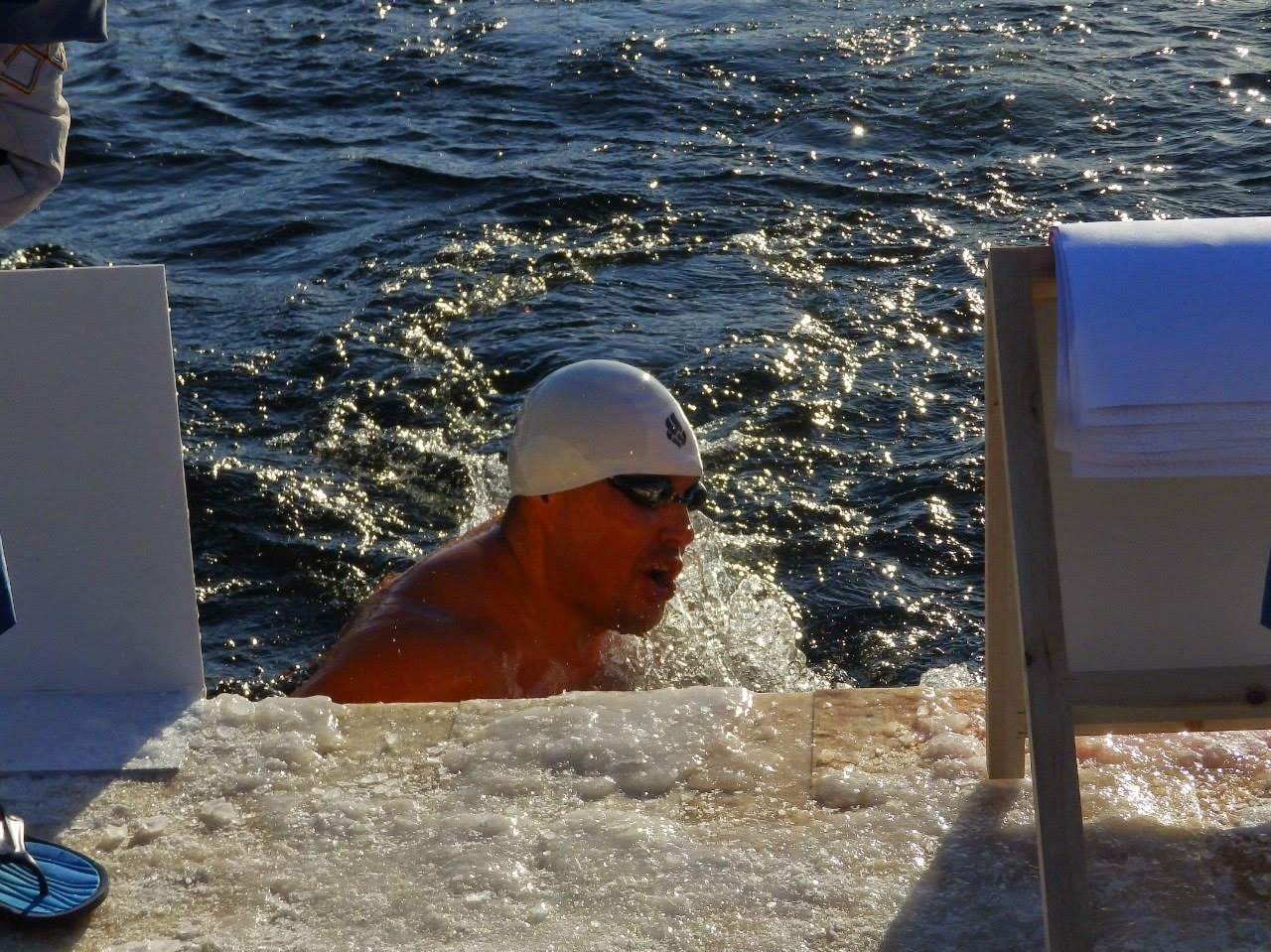 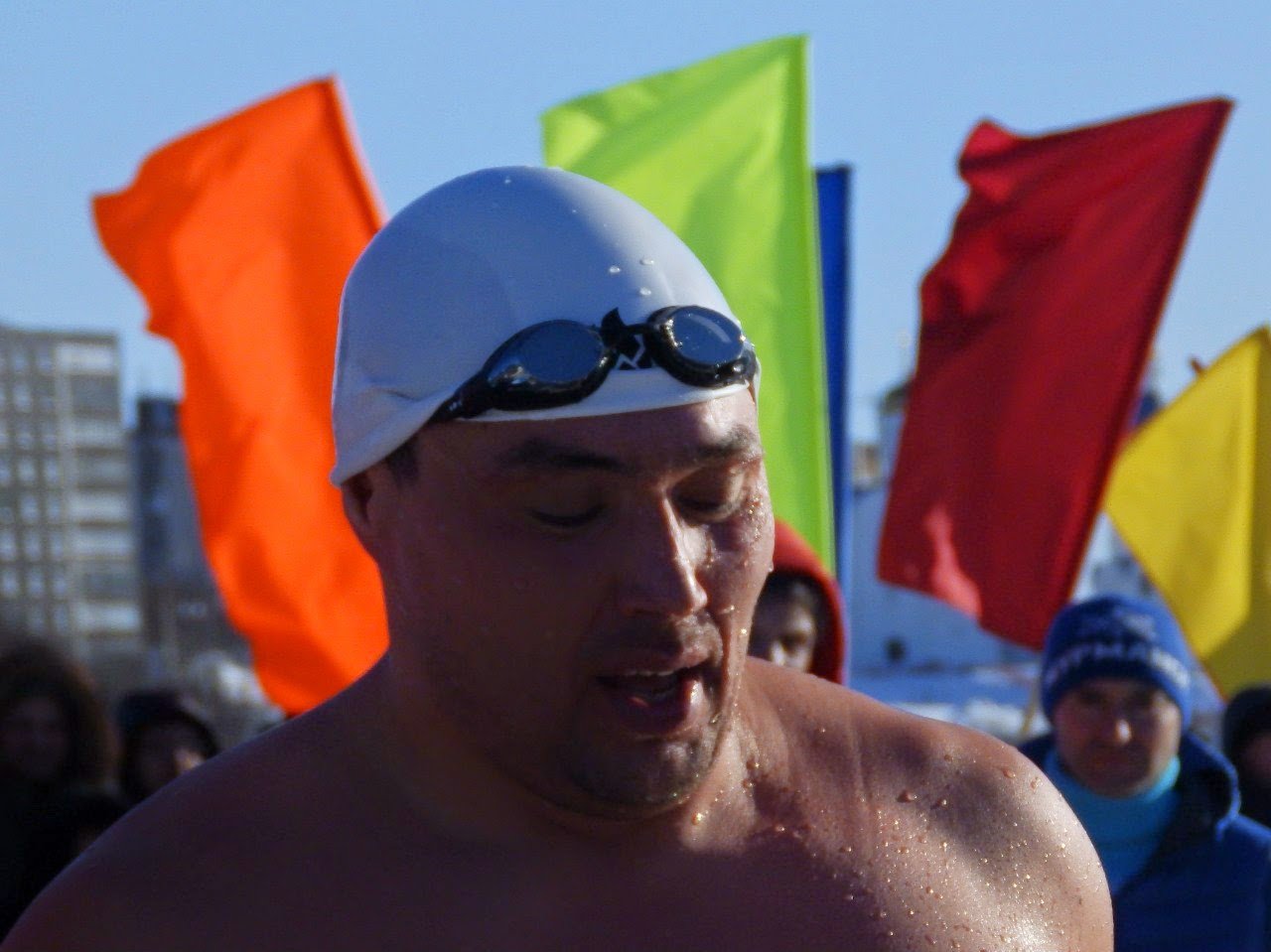 Albert Sobirov, the Russian who came in a surprising second to Christof Wandratsch of Germany and upset Henri Kaarma of Estonia at the World Ice Swimming Championships in Murmansk, is a humble guy from Siberia who swam his way into the ice swimming history books.

“He pretty much came out of nowhere to beat Henri for second,” says American ice swimming veteran Mo O’Reilly. “During a raging snowstorm 100 miles north of the Arctic Circle in Russia on March 20th, the Siberian native clinching a silver medal in the 1000m race.

One could say that Albert was born for this sport.

Hailing from the winter swimming hotbed of Tyumen in Siberia, Sobirov began his journey into the ice just two years ago. In a blink of an eye given the length of time most people take to acclimate to the cold, he is finding himself standing on top of many podiums including winning 1000m distance events at the 2013 Tyumen Second Open Cup and then claiming a world championshipn title in the 450m event at the 2014 Winter Swimming World Championships in Finland.

But in 2014, the 37-year old with a natural gift in the water and a penchant for the cold, relocated to warmer climates. He moved with his wife and young son and daughter to Sochi on the shores of the Black Sea to take up work as a professional swimming coach.

“I’ve been training in the Black Sea where the water temperature is 11°C, but in Murmansk it is [only] 1°C. I really didn’t have enough cold water preparation,” he confessed. “After the first 200m [in the 1 km race], my hands were so frozen that I couldn’t feel the water. I started to really lose my technique so I just had to swim with what I had.”

What Sobirov had was a stockpile of intense training sessions in the lead-up to Murmansk. Three times a week he was covering between 2 km and 3 km in the 11°C waters of the Black Sea. He was also punching out two sessions in the pool and two more on dry land. His daily training over the weekend consisted of one hour in the gym, two hours in the pool, and then back again into the Black Sea for a longer 4 km swim.

While many of his competitors were training in pools where they first had to break the ice to even get wet, Sobirov was making do with what he had. Built, evidently, on his well-developed Siberian tolerance for the ice.

“I am honoured to have swum against such swimming legends,” he exclaims in a message from Sochi where he is currently preparing for a 70 km 4-person relay in May across the Black Sea to honour the 70th anniversary of the World War II Victory. 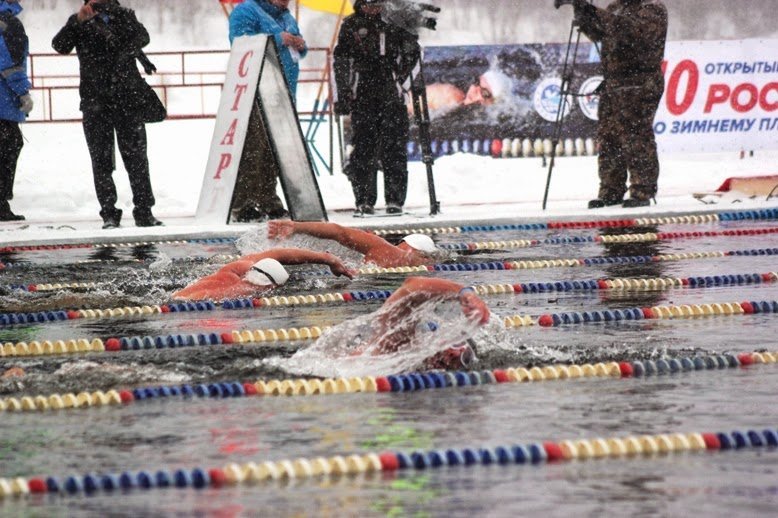 Second to the more renowned Christof Wandratsch and ahead of Kaarma (13:00 versus 13:41 versus 14:17, shown above), Albert Sobirov earned his well-deserved place among the ranks of ice swimming icons…with much more left on his plate.