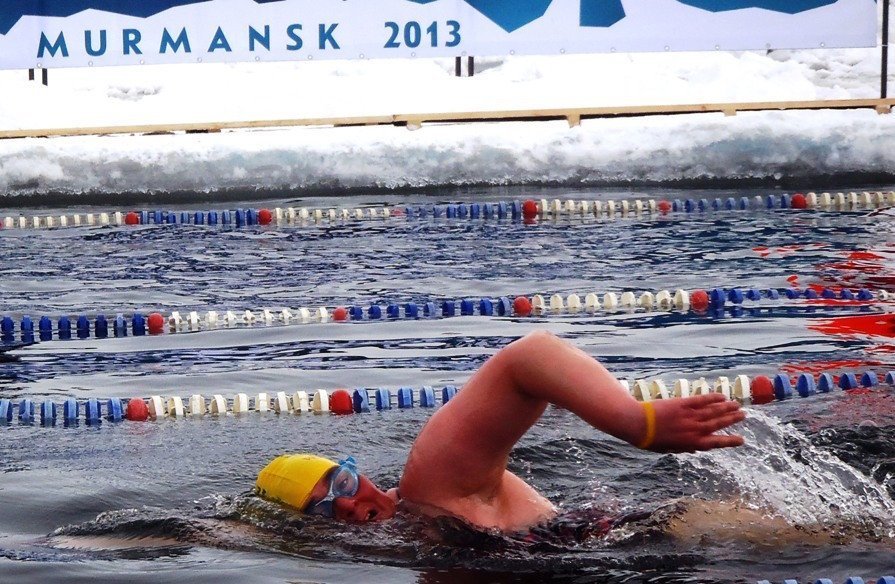 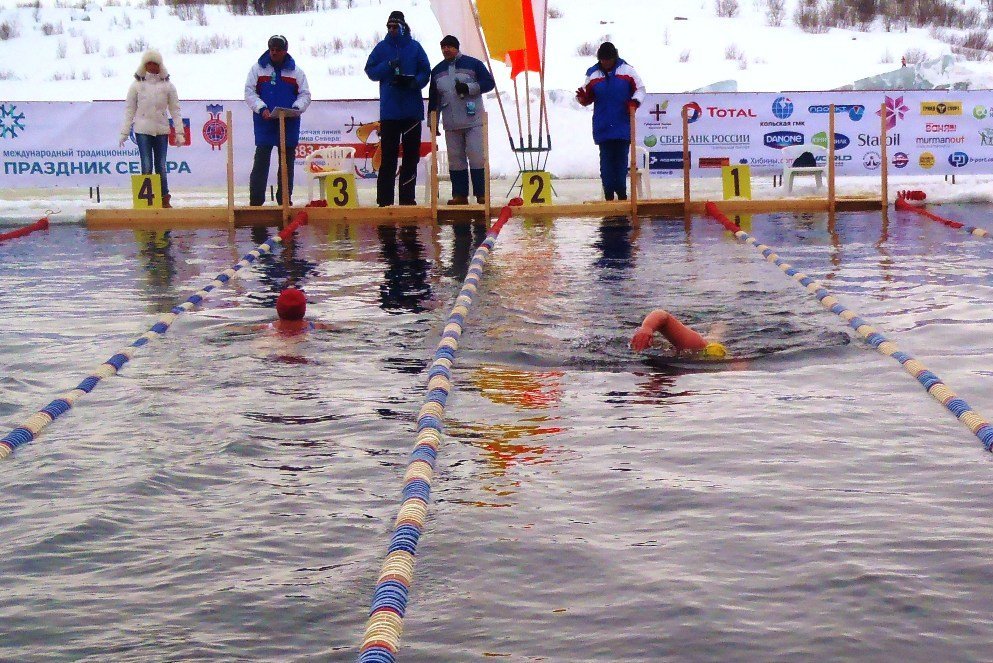 The largest contingent in the third edition of the ice swimming world championships is from Russia with 251 swimmers followed by Great Britain (19 swimmers), China (15), Ireland (15), Germany (120, Poland (12), Czech Republic and South Africa (9 each), Austria and Netherlands (8), Belarus, USA and France (4 each), Argentina, Estonia and Ukraine (3 each), Finland, Hong Kong and Spain (2 each) and 1 each from Australia, and Bulgaria, Chile, Iceland, Italy, Mongolia, Morocco, New Zealand, Romania, Slovakia and Switzerland (1 each).

Nuala Moore recalls the start-up mentality of the rapidly emerging ice swimming community from the early years in the 2013 world championships in Murmansk, Russia to this year. “2013 was the first world championship event in Murmansk where the conditions were in 0°C water for the 1000m swim. Melissa O Reilly, Jackie Cobell, Natalia Seraya and I took on the distance of 1000m. There were only four of us – I completed in 23 minutes.

The four of us ladies was the FULL start line of the 1000m – we were terrified. Natalie did the full distance swimming breaststroke and with just a wooly hat and without goggles. The number of swimmers participating now are crazy – compared from 2013 to 2019 – and great to see. Anne Marie [Ward] agreed not to compete in the 1000m Ice Kilometer and instead completed the 500m at 0°C so she would be finished and recovered in order to be poolside and could help me complete mine. We were so terrified beforehand.

I can still remember the emotions [at] the 700m mark, the counting of the lengths, and the nervousness poolside as the Russian females had never swam this distance before. The transfer to the sauna was up about 50 steps and they were moving us so fast – the [recovery] teams were fantastic.

But once Anne Marie was poolside, I knew I could push a little harder.

Our post-swim recovery was insane. I remember looking at Melissa O Reilly and Jackie Cobell in the sauna trying to figure out who they were and why I was here…it was my first-time experience.

Then one by one, the men started to come in. That was the craziest journey I had ever witnessed. I immediately jumped into action and started on the recovery. Henri Kaarma’s recovery was challenging all at the same time.

it was mind blowing trying to understand the recovery of the men while I was still recovering myself, but it was by far the best group of people and mostly the best learning experience I ever had. I loved the experience, but mostly loved the journey. We trusted ourselves and our teams.

Prior to 2013, there were only a few other ladies around the world such as Lynne Cox and Natalie who had ever completed an Ice Kilometer. It was crazy back then: all slow speeds of around 20+ minutes. I was by far the fastest woman back then at 22 – 23 minutes. Now, the numbers are mind-blowing fast.

The men were Ram Barkai, Kieron Palframan, Ryan Stramrood did an Ice Mile, Henri Kaarma did 2,150 meters, and Cristian Vergara and Aleksandr Brylin did 1,000 meters. That was it.”

Six years ago in 2013 when ice swimmers were fewer and speeds were slower.

The growth in the ice swimming community is evidenced with the large number of swimmers entered in this week’s Ice Kilometer race in Murmansk: