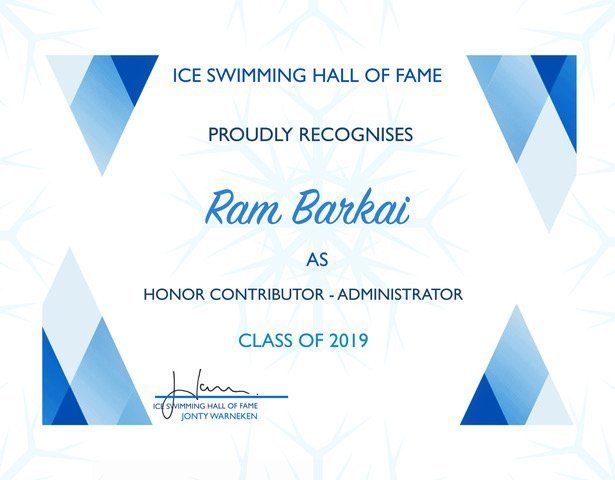 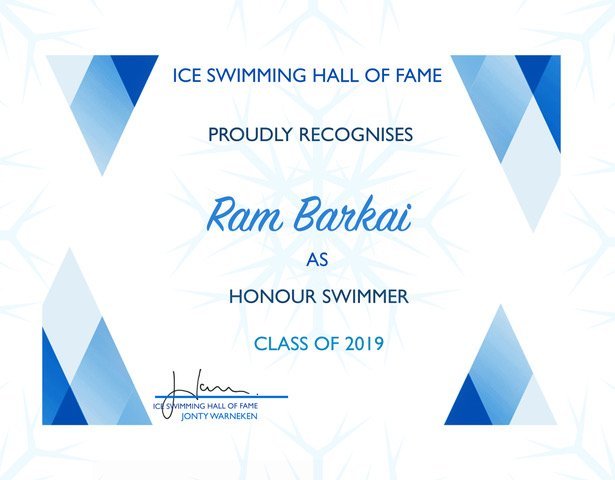 The Ice Swimming Hall of Fame is an organization founded in 2018 by various representatives of the sport of ice swimming, led by Ned Denison.

Ram Barkai, a double honoree, is the founder of the International Ice Swimming Association. 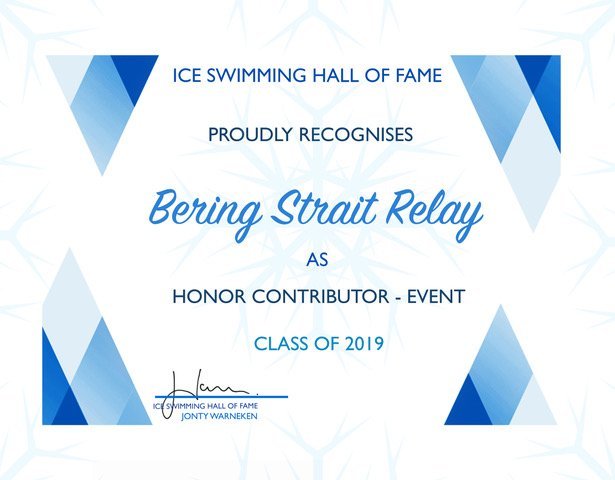 Bering Strait Relay was an unprecedented 6-day relay swim across the Bering Strait from Cape Dezhnev in Russia, to Cape Prince of Wales in Alaska, USA passing by Big Diomede and Little Diomede Islands in August 2013. 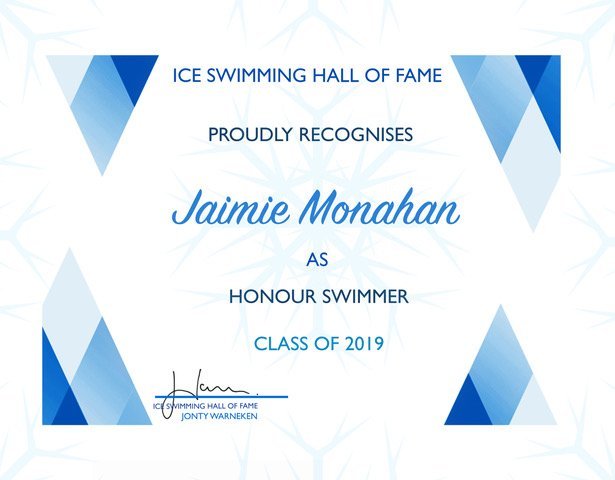 Jaimie Monahan completed the first Ice Sevens in history and has completed 9 Ice Miles to date. 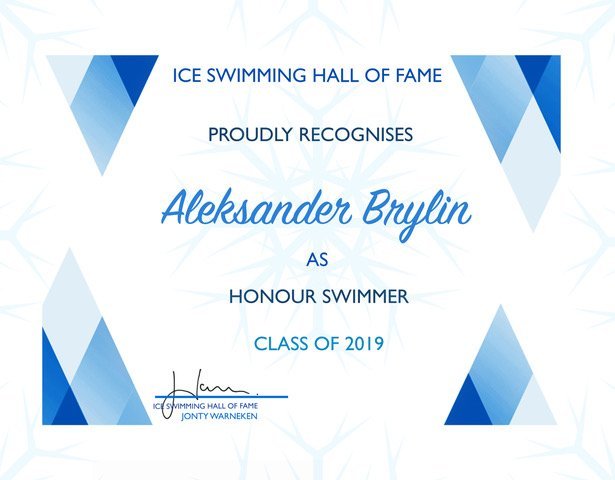 Aleksander Brylin of Russia is an Ice Zero Swimmer and organized the Bering Strait Swim. 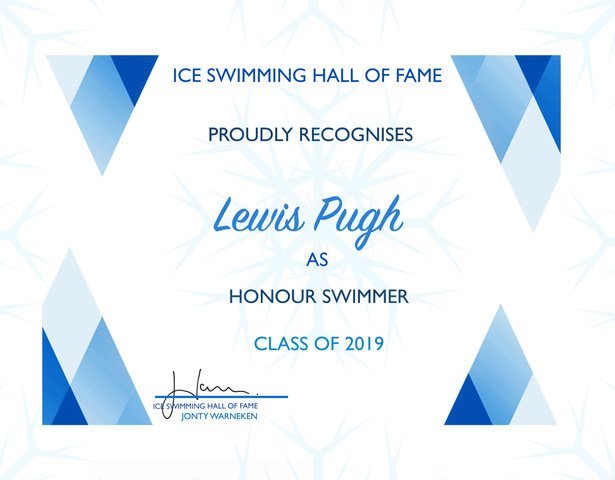 Lewis Pugh of UK/South Africa is the United Nations Patron of the Oceans and the world’s most renowned Speedo Diplomat. 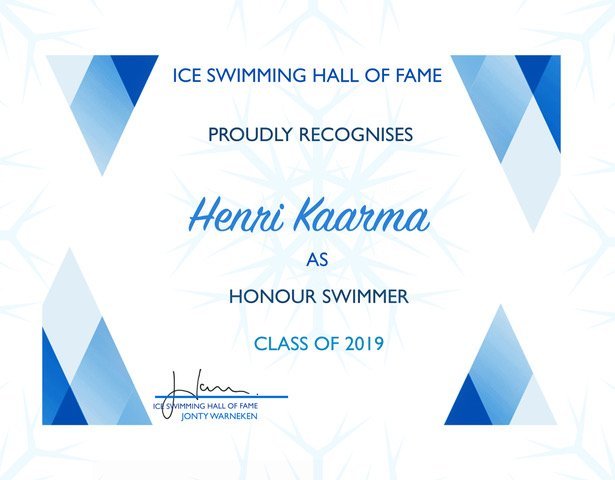 Henri Kaarma of Estonia is an Ice Zero Swimmer and the 2014 World Open Water Swimming Man of the Year. 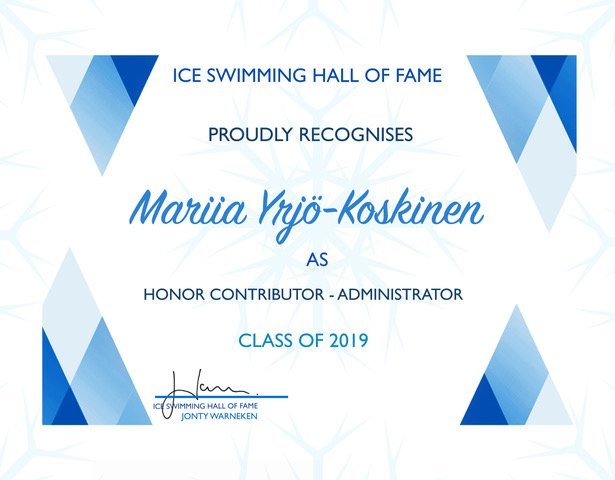 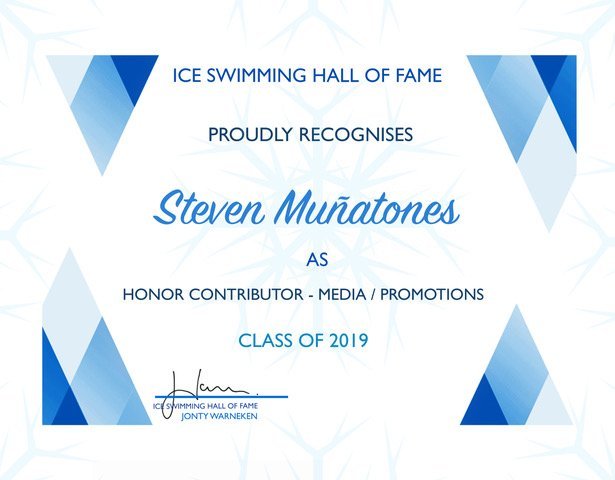 Steven Munatones is the founder of the World Open Water Swimming Association.