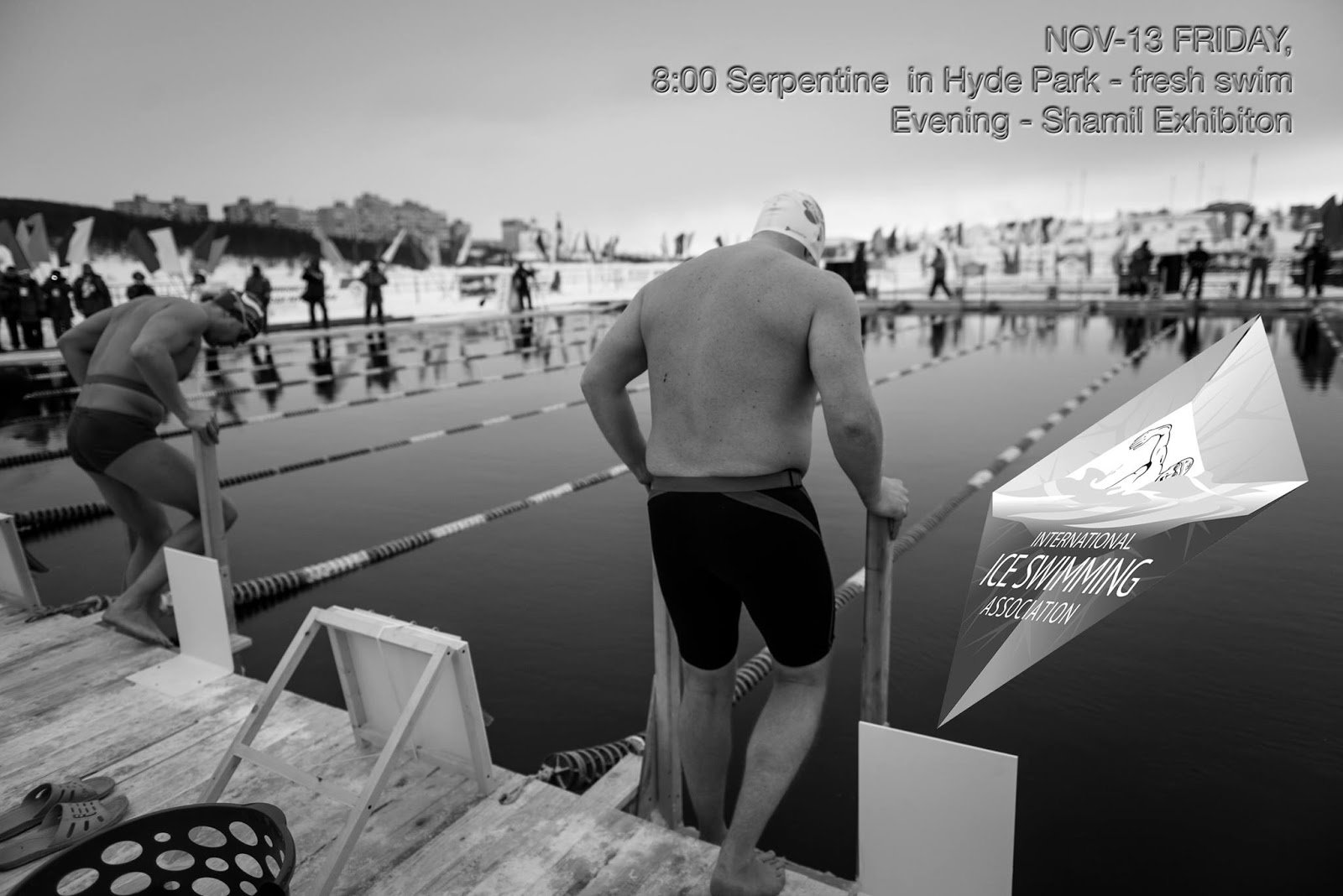 “We just came back from London where we took part in an exhibition called ‘Ice Swimming’ organized by the Red Bulletin magazine and based on the Ice Swimming World Championship,” said one of the organizers Dmitry Blokhin. “We made an official speech at the opening ceremony where ice and winter swimmers from 5 countries attended. We had a great time in London and discussed some future events which will be held in Murmansk in 2016.”

The 2015 World Ice Swimming Championships are nominated for the World Open Water Swimming Offering of the Year, an annual award that is meant to identify products, services, events and organizations that are innovative, unique and beneficial to open water swimming community with hugely positive impact.

Without a doubt, the organizers from Murmansk and the International Ice Swimming Association has kicked off a grand opportunity for cold water swimmers and their fans.

Their nomination for the award reads, “In the fast-growing niche in the open water swimming world, competition got really kick-started with the inaugural World Ice Swimming Championships where relays and the 1 km swim were the highlights of the competition with athletes like Christof Wandratsch of Germany and Renata Novakova of Czech Republic. Safety, preparation, pomp and circumstance were the themes of the day while the athletic performances were off the charts. With the air temperature around Lake Semenovskoe in Murmansk at -7°C and the water temperature at 0.8°C, the biggest city in the world inside the Arctic Circle, showcased history’s greatest ice swimming competition at the World Ice Swimming Championships in Murmansk. For providing a venue and circumstances for mind-boggling performance literally in the ice, for a level of pomp and circumstance worthy of a world championship event in front of a global audience, and for setting the stage for an entire generation of international ice swimming exploits, the World Ice Swimming Championships in Murmansk is a worthy nominee for the 2015 World Open Water Swimming Offering of the Year.“

Photos courtesy of Shamil Tanna, an award-winning photographer based in London who captures some of the world’s most iconic musicians, politicians, actors and sports stars including Lady Gaga, Rihanna, Iggy Pop, Radiohead, Pele, David Cameron…and all the world’s most renowned ice swimmers.