If It’s Good For Prince William And Kate Middleton… 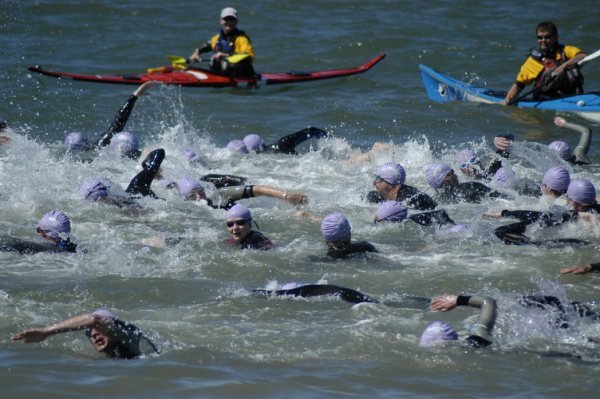 Prince William of Wales and his new bride Kate Middleton once selected the coastal village near Trearddur Bay, a beautiful sandy bay with blue flag status in Anglesey, North Wales, as the location of their first official function as an engaged couple, when they dedicated a lifeboat.

In this same area, the RNLI Sblash Sea Swim will be held on July 23rd.

Participants in this fundraising event are being challenged to raise more than £5,000 after this target was met at the previous swim in the series at Llandudno in June.

Participants can choose either the 750-meter (half mile) or 1.5K (1-mile) distance at the beautiful seaside resort of Trearddur Bay on the Anglesey coast.

Swimmers will be accompanied by a flotilla of sea kayakers who will keep competitors on course and give anyone a helping hand if necessary. Those who have never attempted anything like this before are especially encouraged to take part, as there will be Novice Swim Waves for those in this category. The focus of the Sblash Sea Swims is on encouraging people of all ages and abilities to participate.

Swimmers are encouraged to fundraise for the RNLI, helping to raise vital funds for their volunteer crews throughout North Wales. The RNLI are asking all swimmers to raise £50, and if they pledge to raise £100 they will receive a RNLI T-shirt.