If Not Copacabana Beach, Then Where? 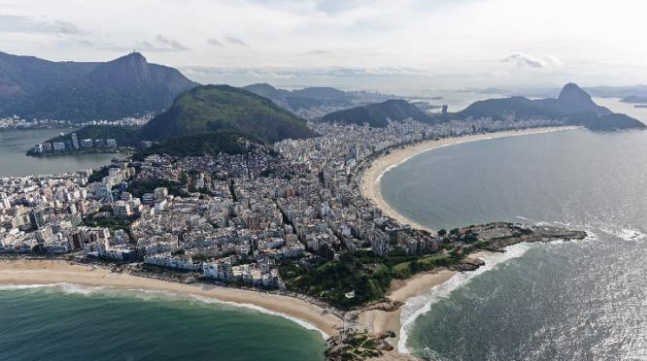 Since Lynne Cox in her bell-ringing article recently posted in the New York Times [see here] has called for the IOC and FINA to change the venue of the Olympic 10K Marathon Swim at the 2016 Rio Olympic Games, the following questions immediately come to mind:

Q1. Since the local organizations do not currently have a Plan B to Copacabana Beach (either the location or the timing of the races), where possibly can the Olympic 10K Marathon Swim be held as an alternative?

Q2. What level of water quality is required and considered safe for the athletes, especially given the fact that the 2012 London Olympic Games were held in the man-made Serpentine and the 2020 Tokyo Olympic Games will be held in Tokyo Bay?

Q3. What myriad logistical issues will be encountered?

We can imagine the following answers:

A1. Phil Whitten has suggested moving the Olympic 10K Marathon Swim to the Galápagos Islands while other swimming community luminaries have even suggested moving the marathon swim to other countries. But something more local and practical is a more feasible and acceptable idea.

Ipanema Beach is not only another iconic Brazilian beach, but it is also adjacent to Copacabana Beach so logical issues are minimized. Yet Ipanema faces away from the infamous Guanabara Bay so its water quality may be acceptable to those who are calling for a change.

A2. Cox noted data from scientists who identified the virus levels in Copacabana Beach to be 1.7 million times higher than what is considered to be hazardous at a California beach. So is California the acceptable standard? Or more practically, especially considering future Olympic Games, perhaps a uniform global standard of water quality should be determined by the IOC and FINA? If this Olympic standard is not met, then alternative venues must be planned.

A3. Logistical issues in the actual open water source are minimal. The location and setting of the feeding station, start pontoon, finish platform, and turn buoys is easily changed from one location to another. The local organizers can easily handle these changes, especially if the change is made from Copacabana Beach to Ipanema Beach. The movement of official boats and media/camera boat on race day is also not a major issue.

However, the change for the NBC camera crews and scaffolding on dryland and the movement of the VIP tents and athletes’ pre-race areas is a bit more problematic and will cost money. It is not a big problem, but these issues must be addressed for the event to come off flawlessly like the Chinese did in Beijing and the British did in London.

But the security of handling hundreds of thousands of spectators who will undoubtedly watch the Olympic 10K Marathon Swim, whether it is in Copacabana Beach or Ipanema Beach or elsewhere is much more of an issue. And it is an issue that will be costly and time-consuming given the requested changes.