If An Open Water Swimmer Did Track & Field… 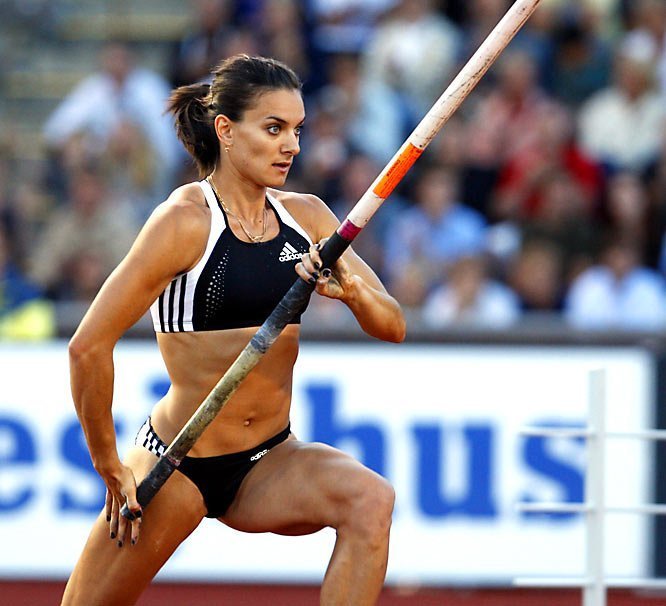 …they would probably be a pole vaulter.

Just equating open water swimmers or triathletes to marathon runners or 10,000 meter specialists is too simplistic.

Consider what a pole vaulter must do.

Sprint while holding a giant pole, go from horizontal to vertical while hurling themselves upwards upside down, develop a tremendously strong core and possess an equal amount of courage, deal with potential risks like a broken pole or landing on the pit cushion, accurately judge the distance to the pit and their trajectory over the pole while winds may be an issue.

In another words, pole vaulters deal with so many different things while facing elements of danger, fear, insecurities and doubts.

That sounds like an open water swimmer or triathlete on a swim leg: dealing with many different elements and inherent risk while juggling a variety of issues from wind and waves to hydration and marine life.

And when an open water swimmer emerges victoriously onshore and a pole vaulter lands in the pit cushion after clearing the bar, the smiles of success are equally wide.