If Open Water Swimming Was Political

If Open Water Swimming Was Political

Tip O’Neill, the long-time powerful Speaker of the House of the U.S. Congress once said, “All politics are local.” We believe all open water swimming can also be defined as local.

But if open water swimming had its own political parties, we wondered what the policies, positions and people would be like in those imaginary parties.

This is our guess of what we would see (at least in America):

The Democratic Party open water swimmers would definitely lobby for low(er) entry fees with some Democratic swimmers demanding a waiver of entry fees for certain groups.

The mass starts would be segregated with the slower swimmers going first and the fastest swimmers last, with the winner being the first person to cross the finish line, not the individuals with the fastest times.

Although there would be a mass start, there would definitely be many different divisions to accommodate everyone of different ages, backgrounds, religious beliefs and lifestyles. The post-race awards ceremony would be followed by either a potluck or barbeque with a variety of foods from around the world.

The Republican Party open water swimmers would start off the ceremonies with a reverential saying of the Pledge of Allegiance or a playing of the national anthem and the post-race spread would be a sit-down dinner in a nice restaurant overlooking the venue.

A U.S. Coast Guard boat would be the honorary lead boat and the start would be a gun salute.

The winners would be given a choice of cash or shares in a hot pre-IPO company. The start, lined with swimmers proudly outfitted in their national colors, would be carefully segmented based on qualifications that were clearly identified in the entry application. Of course, any cheating on the course would be harshly dealt with.

The Communist Party open water swimmers would wear red swimsuits and cap. Along with a mass start, all finishers would be given the same award. The course would be rigidly controlled by safety personnel positioned every 50 meters, although some of the escort boats might run out of fuel or be missing parts.

The winners would be celebrated for their physical capabilities and loyalty to the sport and given a government-managed apartment as a reward.

The Green Party open water swimmers would demand no motorized boats on the course and would offer carbon offsets for those traveling from far away.

The post-race party would only include locally grown produce and food products and everything would be recycled. Aggressive physical contact in races would not be tolerated and equal prize money for both male and female winners would be a de facto standard. Fund-raising opportunities would abound as would event affiliations with ecological and environmental groups. 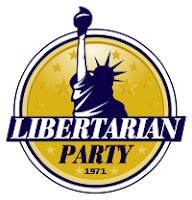 The Libertarian Party open water swimmers would emphasize a minimal amount of rules and would not require any registration from any national governing bodies for anyone who wishes to enter any race. The number of buoys on the course would be few and far between and no escort boats allowed. Anyone who showed up at the starting line would be allowed to do the race and, in major races, there would not be any drug testing – not because they do not want to make a level playing field, but because it is simply a matter of each individual to monitor their own performance.

All written in jest and all in good fun, but we wonder what the political open water swimming situation would be like in other countries.