If Open Water Swimming Were A Hollywood Actor… 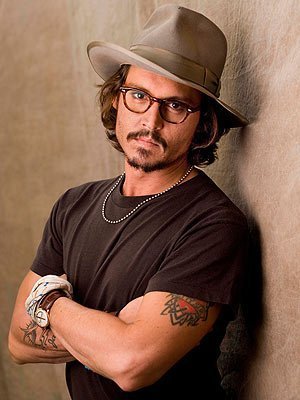 Johnny Depp might be its representative. A versatile actor who can morph himself into many different characters, he has played Captain Jack Sparrow in the Pirates of the Caribbean series, a teenager in A Nightmare on Elm Street, a police cop in 21 Jump Street, a gentle spirit in Edward Scissorhands, an undercover FBI agent in Donnie Brasco, a druggie in Fear and Loathing in Las Vegas, a director in Ed Wood (1994), Ichabod Crane in Sleepy Hollow, a bridegroom in Corpse Bride, Willy Wonka in Charlie and the Chocolate Factory, a strange man in Secret Window, a novelist in Finding Neverland, a barber in Sweeney Todd: The Demon Barber of Fleet Street.

He is constantly full of surprises and can present himself in multiple unexpected ways – just like the open water.

His intensity reminds us of an angry sea or a raging oncoming tide where relentless commitment to forward progress is an absolute necessity.

His outlandishness and eccentricity reminds us of the myriad nature of open bodies of water – sometimes warm and soothing, occasionally cold and rough, many times unpredictable.

His popularity and charisma reminds us of the allure and attraction of tropical oceans and alpine lakes. Like the magnificent bodies of water, he draws you in and invites you to enjoy good times.