If Open Water Swimming Were A Hollywood Actress… 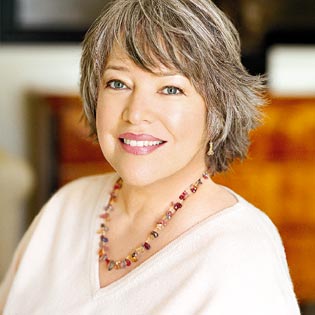 Kathleen Bates would be its representative.

Bates can be at times inviting and warm, and at other times, scary and intense.

With her Irish roots and American upbringing, Bates can go toe-to-toe with tough individuals and then easily switch personalities and lend a shoulder to those who need sympathy. Similarly, the open water can easily slap a swimmer down with waves, currents and surface chop, and then become as tranquil and welcoming as a sauna bath.

Her versatility and acting range reminds us of the comprehensive breath of the open water, from the sea green of the Caribbean Sea to the dark water of Scandivania fjords.

She has carried films like Misery where she won an Academy Award and works flawlessly with actors from Christopher Walken to Dustin Hoffman, and actresses from Kate Winslet to Jessica Tandy. She often plays nuanced, quirky roles like open water swims that turn from tranquil conditions to lumpy messes or like channel swims where the tides turn.

Like the multiple personalities that show themselves in open bodies of water, Bates can play everything from cruel-minded, selfish characters to common, decent people. Versatile, different, and unsuspecting roles: so goes Bates like the open water.