If You Are Lucky, You Won’t Need Aflac 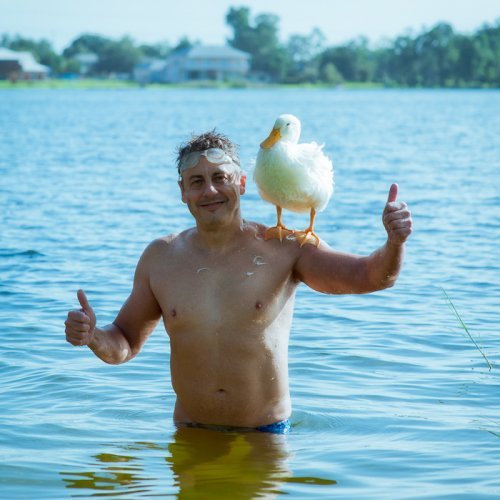 Aflac is by far the largest provider of supplemental medical insurance in the United States. The large American insurance company underwrites a wide range of insurance policies and is well-publicized in the U.S. on television commercials with a talking duck.

It seems that the famed Aflac talking duck showed up in Lake Cane to swim with maestro Lucky Meisenheimer. Lucky’s ability to attract celebrities does not surprise us. “The duck named “Duck” does like sitting on my shoulder especially after a long swim.”

Lucky recently hosted the annual Midnight Swim, but the Aflac duck had some previous engagements that precluded him from attending.