If You Learn To Swim With Ease 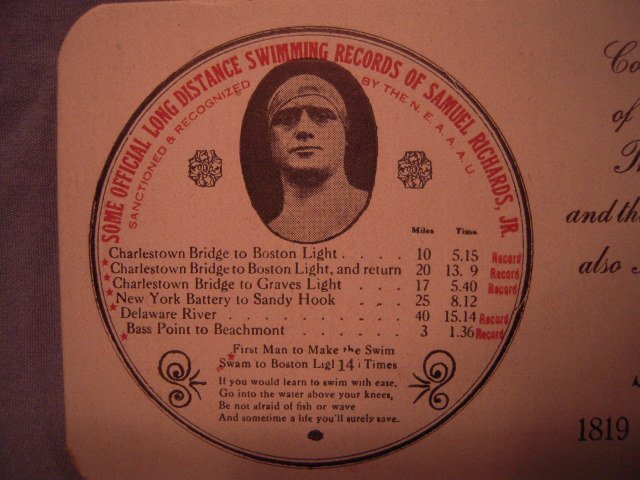 Samuel Richards, Jr. was an American open water swimmer who won the 1911 and 1912 Boston Light Swim. Richards won the 1912 race in a time of 5 hours 15 minutes when only 3 swimmers out of 42 entrants completed the race.

He was a famed member of the L Street Brownies Club in Boston, Massachusetts who eventually competed in the Boston Light Swim a record 14 times.

He held several other records including the following:

But his epitaph on his memorial include some profoundly beautiful words:

If you would learn to swim with ease,
Go into the water above your knees,
Be not afraid of fish or wave
And sometime a life you’ll surely save.