In The Athletes Village At The World University Games 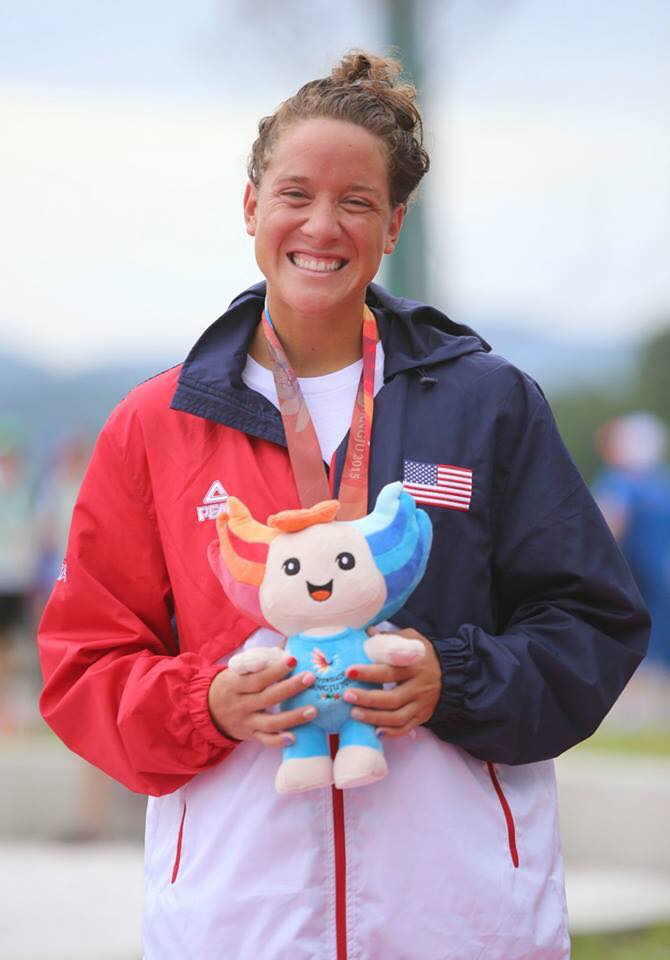 At the 2015 Universiade, American Stephanie Peacock found herself in South Korea for the first time.

Housed in the Universiade Athletes Village, Peacock was with thousands of other athletes and heads of delegations in an Internet-enabled suite with access to 24-7 medical facilities and a giant cafeteria.

“I didn’t sample any unusual foods because I was too nervous, but they had a lot of food in the dining hall,” said Peacock.

“I actually lived off cereal, eggs, and rice the entire time because I want to stick with foods I knew were safe.

But one day we took a taxi outside the Village and had some Korean barbeque which was the best thing I’ve ever tasted. We wanted to try some authentic food
.”

The teammates always looked on the bright side of things despite some unanticipated situations. “We had a really good room; it was a lot of fun. The buildings for each country had 33 floors in them with only one elevator. We lived on the ninth floor so if there ended up being a long line for the elevator, then we took the stairs. It was a lot of fun getting to meet other people from the U.S. in different sports since we were all in the same building.”

The Athletes Village was 35 minutes from the open water venue, “but it took a really pretty scenic route to get to the venue, a lot of farmland and mountains. So we didn’t mind that it was far.”