In The Pursuit Of Competition 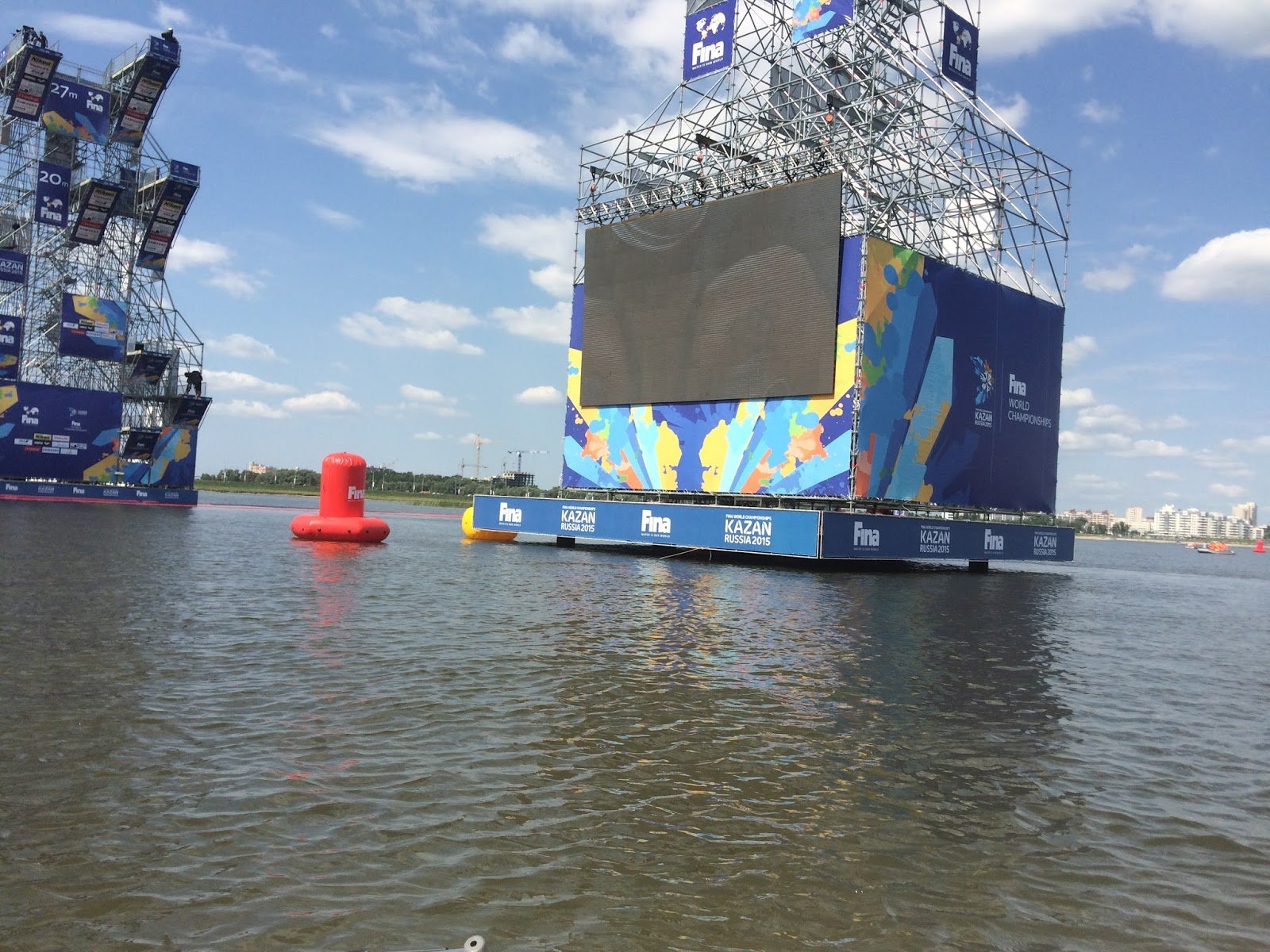 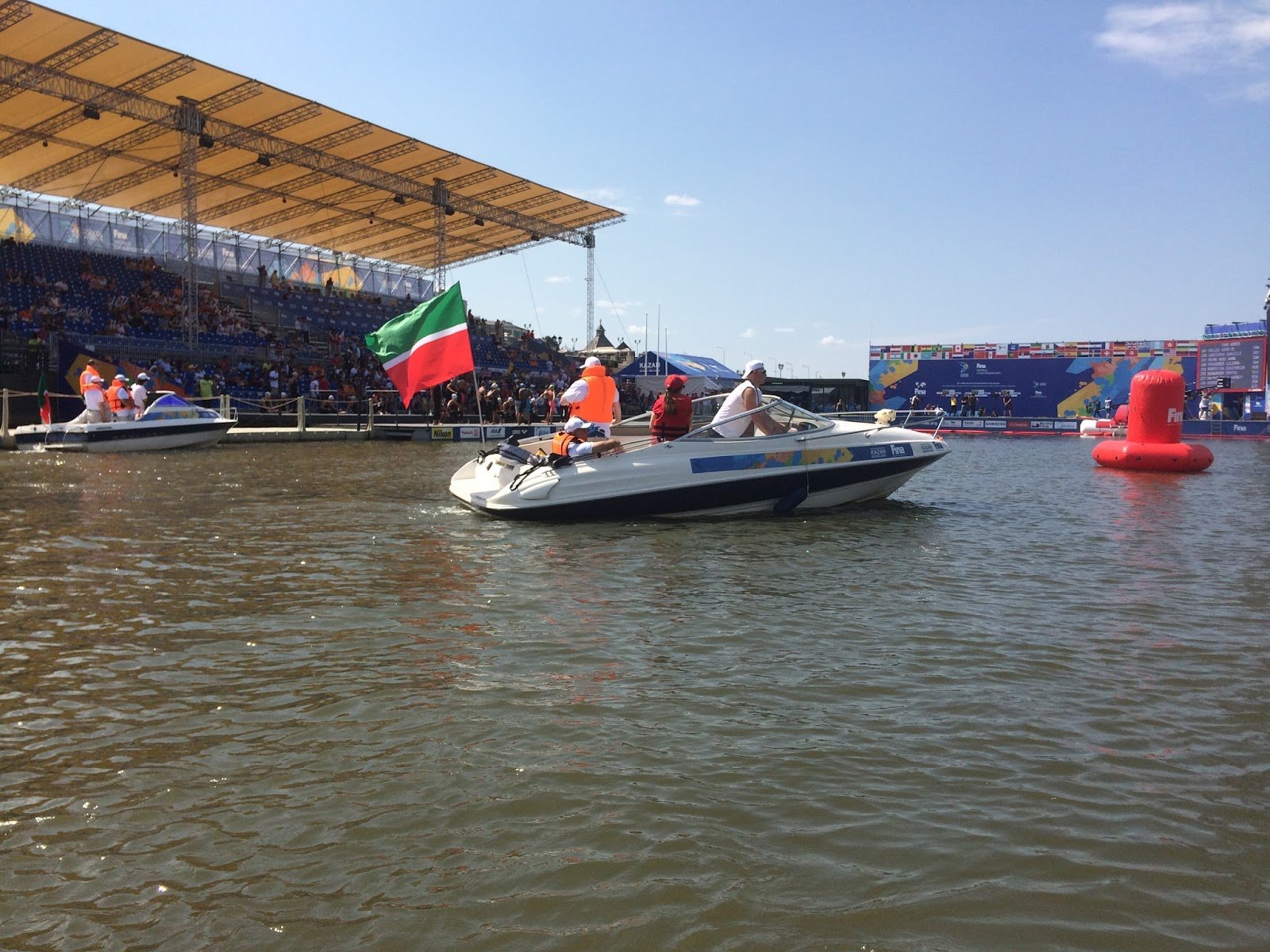 Now that the sprint is over; now that the Olympic qualification race is over; it is time for the always-enjoyable-to-watch 5 km team pursuit race (officially named the Mixed 5 km Team Event) to be held at the 2015 FINA World Championships.

Three swimmers from each country, with at least one member of each gender, are set off in 60-second intervals and race in random order around the two-loop course. The official time of each team is when the last person of the team crosses the line. The teams all have different strategies for swimming fastest, but generally the top teams have a male navigator (lead swimmer), an engine pulling the train (a trailing swimmer), and the anchor (the drafting swimmer). The keys are to swim as straight along the course as possible, enabling the slowest swimmer to draft off the speed of the faster two swimmers.

The 22 national teams and 66 swimmers who will compete on Thursday are as follows: 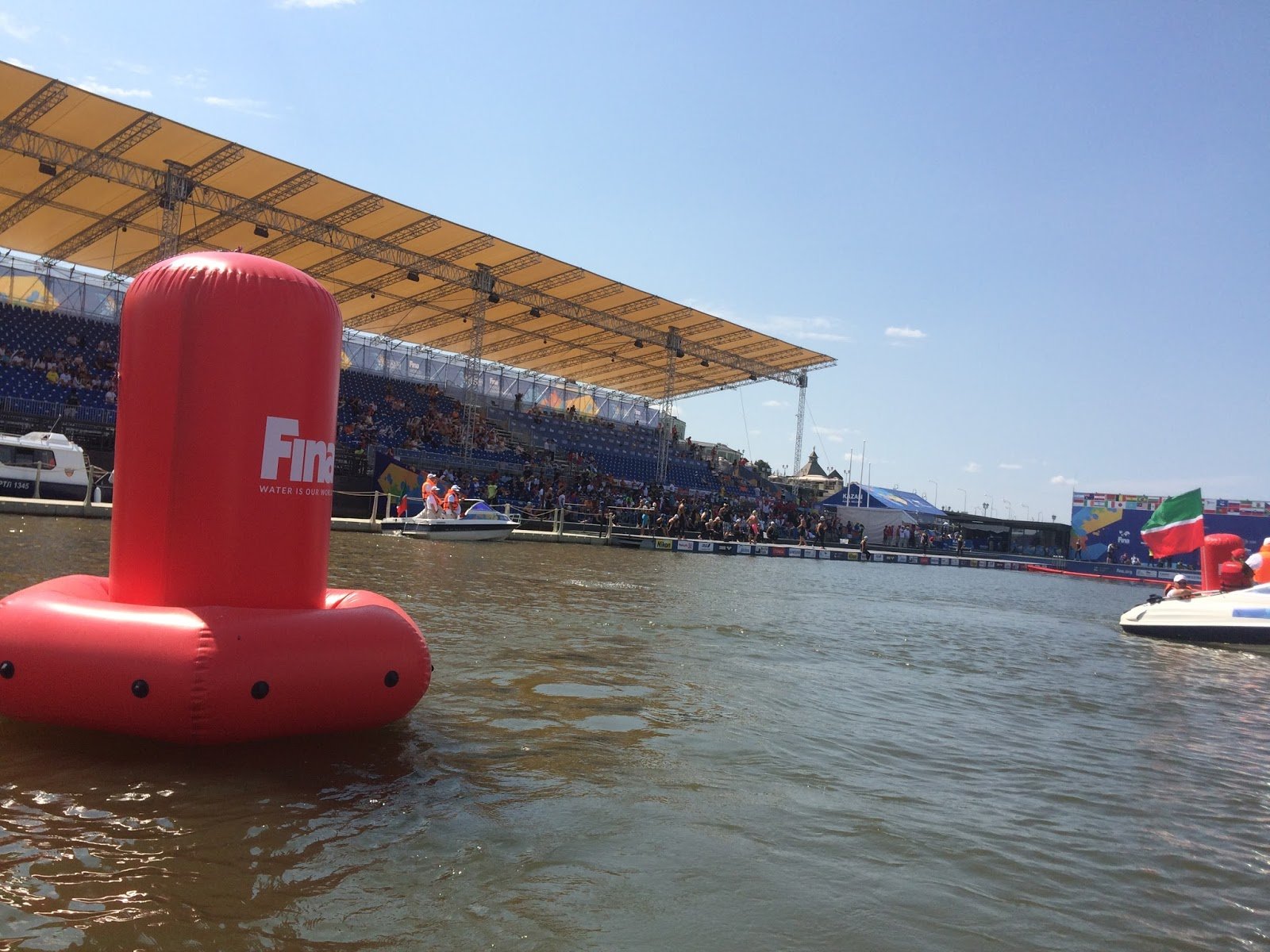 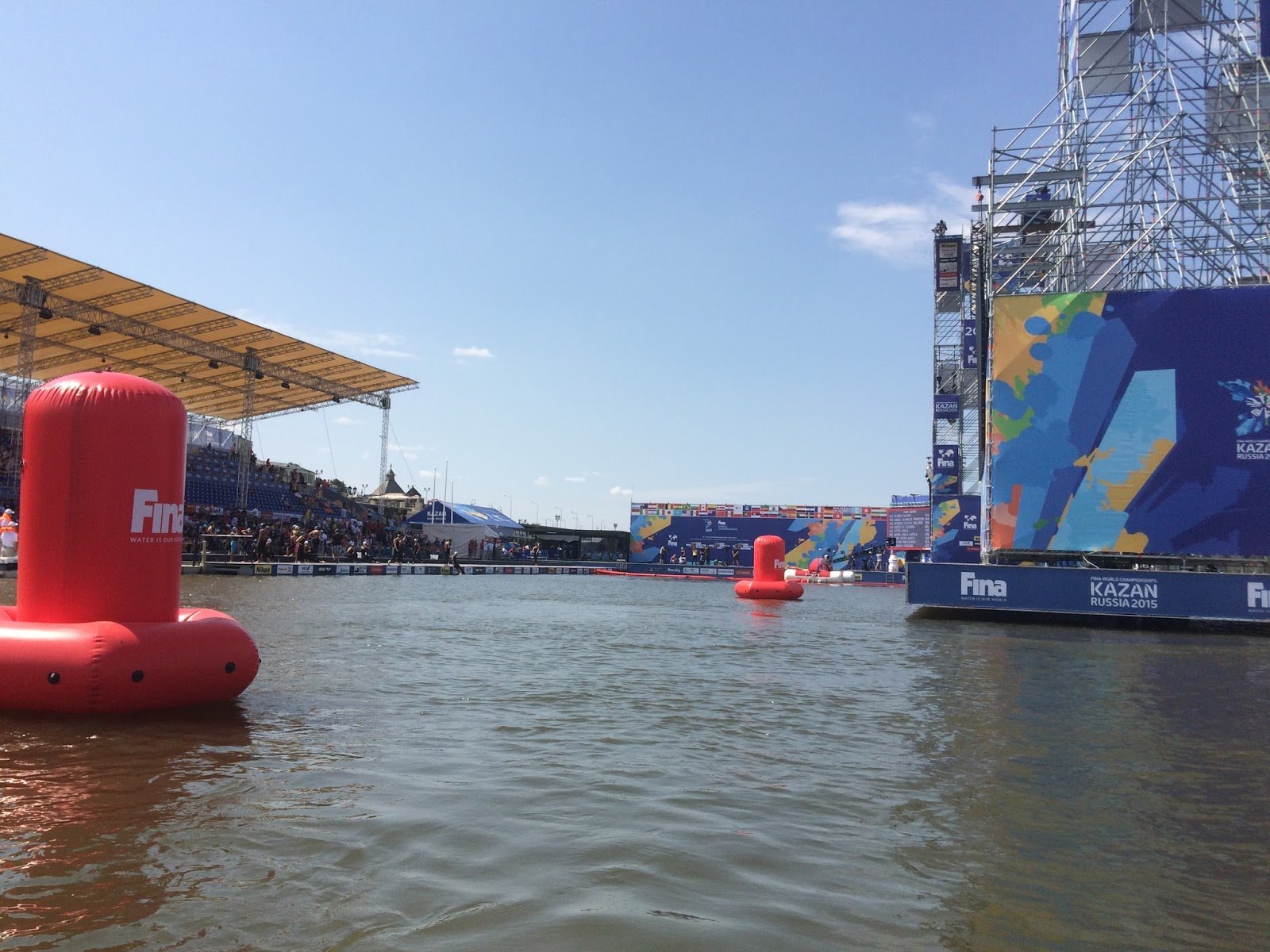