In Search of Memphré Across The Canadian-American Border 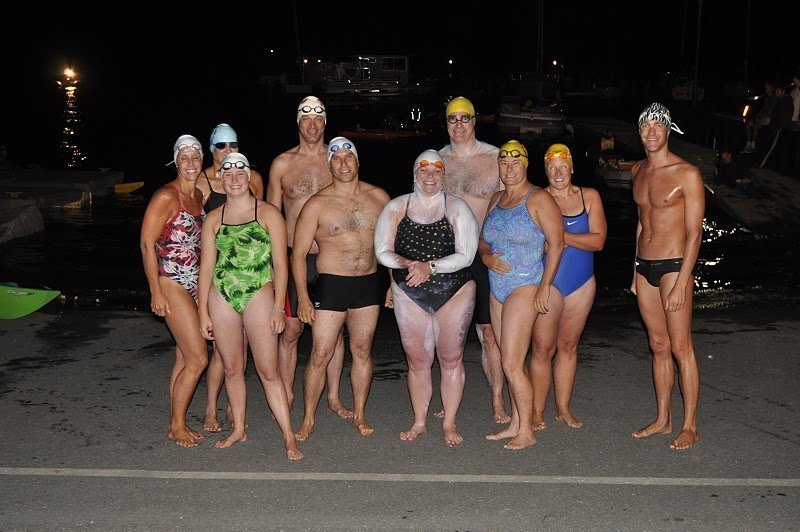 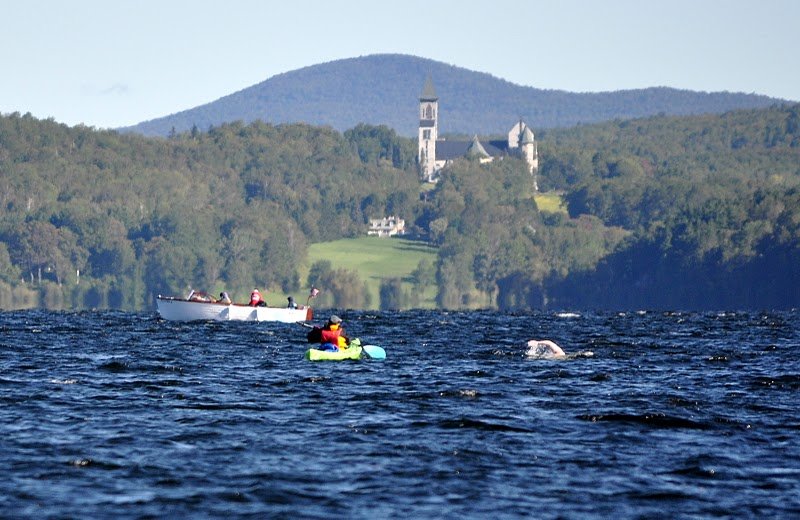 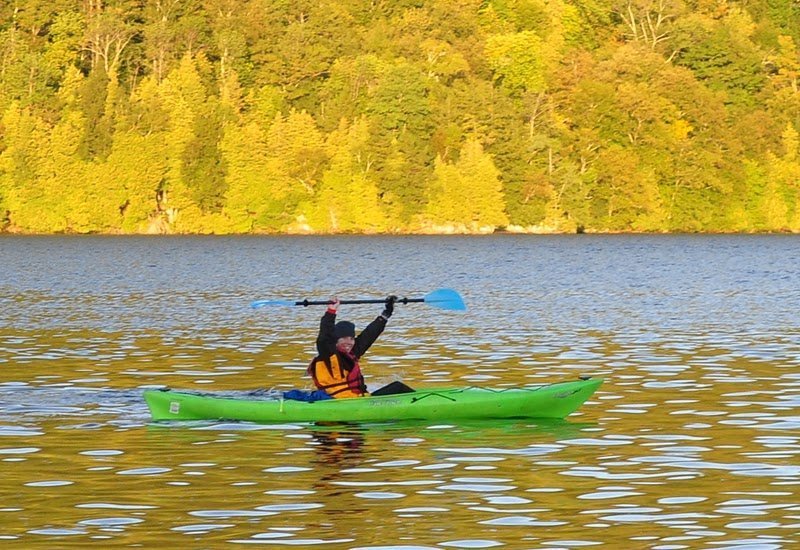 While raising US$26,000, 11 marathon swimmers traversed 25 miles across the Canada-USA international border in their quest to swim the length of Lake Memphremegog from Newport, Rhode Island, USA to Magog, Quebec, Canada.

The 11 swimmers were supported by 21 kayakers and 12 boat pilots and crew. The expedition, known as In Search of Memphré, was organized by the Northeast Kingdom Open Water Swimming Association and Indoor Recreation Orleans County (IROC).

The expedition was intended to promote a more open border with Canada and to search for the elusive lake creature Memphré. Participants, their friends, family, and employers raised over $26,000 for Indoor Recreation Orleans County, a community center in Derby, Vermont which is presently fighting for its financial survival.

Four of the eleven aquatic adventurers completed the swim: Elizabeth Fry of Westport, Connecticut finished in a time of 13 hours 25 minutes. Close behind her was Charlotte Brynn, of Stowe, Vermont with a time of 14 hours 40 minutes. Greg O’Connor took 17 hours 23 minutes. Elaine Kornbau-Howley finished in 17 hours 58 minutes. “This was tougher than crossing the English Channel,” said Elaine who was the first to sign on for this invitational swim.

Swimmers faced strong headwinds from the north, especially during the first four hours of the swim, forcing many swimmers to pull out. All but one, however, hung in for at least the first five miles in order to assure that they crossed the border.

Phil White explains, “The border was ours…it felt great to watch these athletes, their yackers and the patrol boats cross past the border buoys in the middle of the night. Westmore Fire and Emergency Rescue led the way through the night with a beacon that allowed swimmers and their yackers to sight on as they swam north.

We were truly humbled and honored to support this wonderful, high-spirited group of marathon swimmers, yackers, and support. Their fund-raising prowess was awe-inspiring. Their endurance in some tough conditions was incredible to experience. And their exuberance is contagious.
While Memphré remains elusive, we thank Barbara Malloy for her support of this swim, In Search of Memphré.”