In Search of Nessie Succeeds Without Sightings 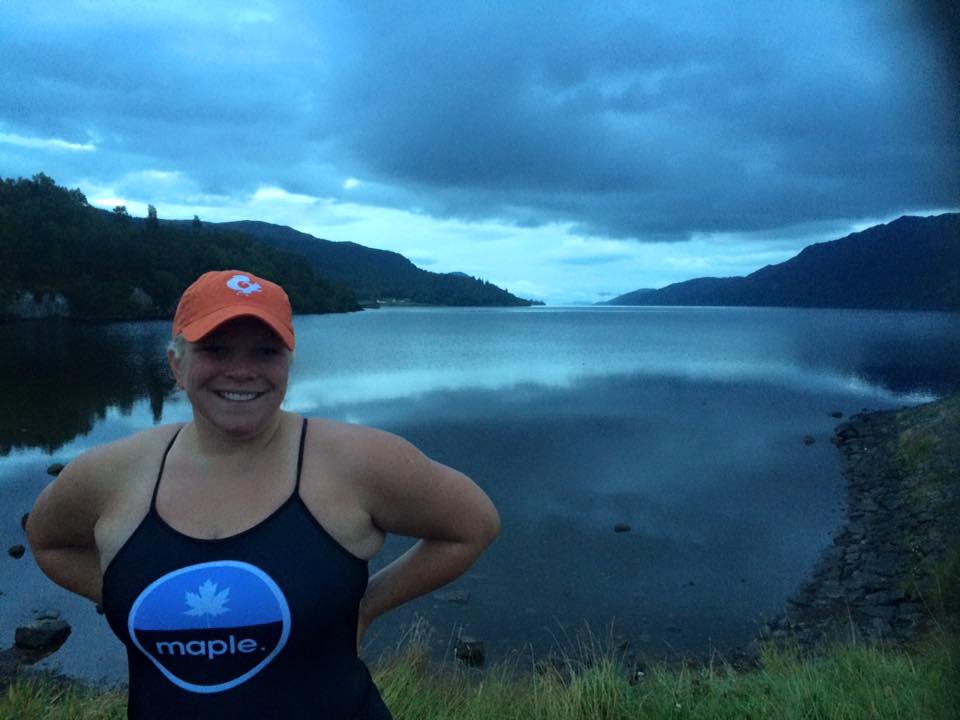 Three Americans swam the 21-mile length of Loch Ness from Fort Augustus to Inverness as part of an expeditionary force, In Search of Nessie 2015.

Sarah Thomas of Colorado, completed the traverse in 10 hours 52 minutes as the first swimmer across the cold lake. Elaine Kormbau Howley of Massachusetts [shown above] landed next with a time of 13 hours 21 minutes. Craig Lenning of Colorado who was slowed by difficulties with his escort boat, was patient and ultimately finished in 13 hours 47 minutes.

Each lake has its own documented plesiosaur-like lake creature (Tessie, Memphré, and Nessie) and special challenges for humans to cross via swimming. Tahoe’s high altitude, Memphremagog’s winds, and Loch Ness’ cold temperatures present major impediments to success and can always submerge an attempt with rapidly changing conditions.

But Saturday’s swim took place under favorable conditions with light winds from the south, some sun mid-day, and water temperatures rising from 53°F (11.6°C) to 60°F (15°C) during the course of the swim. “Nessie smiled on us and let us pass today,” said Phil White of Kingdom Games, a Vermont=based company that helped organize the swim and that organizes running, biking and swimming events in the Northeast Kingdom of Vermont. “But there were no reported above sightings of Nessie.”

The search continues as three other marathon swimmers will participate In Search of Memphre, the 25-mile international swim across Lake Memphremagog on September 5th.