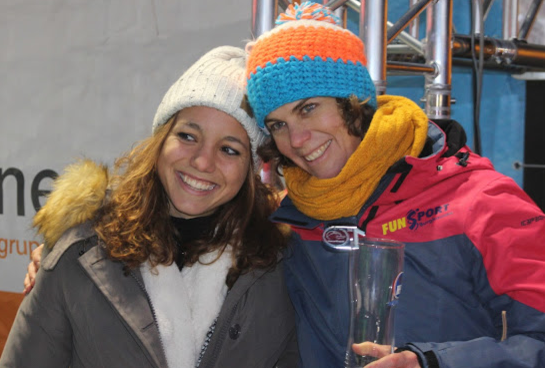 But the 25-year-old from Germany has really found her niche in ice swimming; the cold is clearly her realm of expertise.

She was non-stop at the 2017 Ice Swimming Aqua Sphere World Championships in Burghausen, Germany this past weekend.

On Day One, she finished second in the featured 1000m ice kilometer to German teammate Julia Wittig. But it was Day Three where she really shined despite the thick blanket of snow that covered Herrenbad, the famed Bavarian ice swimming venue.

This meant that Hahn swam a total of 2,600 meters throughout the event in water that ranged from nearly 0°C at the surface to a maximum of 3.6°C underneath in Lake Wöhrsee, nearly always with a wide smile on her face.